Ten years ago today saw First operating its last day of the 99 service between Lowestoft Bus Station and Southwold. Young 'Reg Vardy' was there to record the event with his first photo showing Volvo Olympian 34156 P656 UFB waiting to leave Southwold for Lowestoft 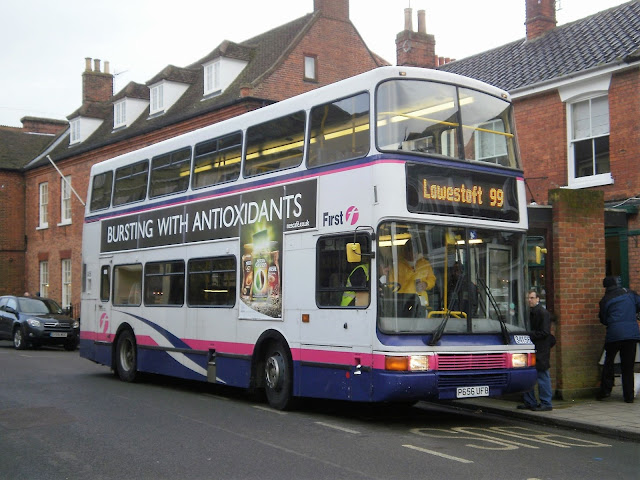 The next picture records the same bus in Station Road passing the junction with Blyth Road in Southwold. An interesting view as to the immediate right of the bus is the red and blue building formerly occupied as the Eastern Counties Bus depot. Also just out of the shot to the right is the Police Station where the Southwold Railway Station was originally sited 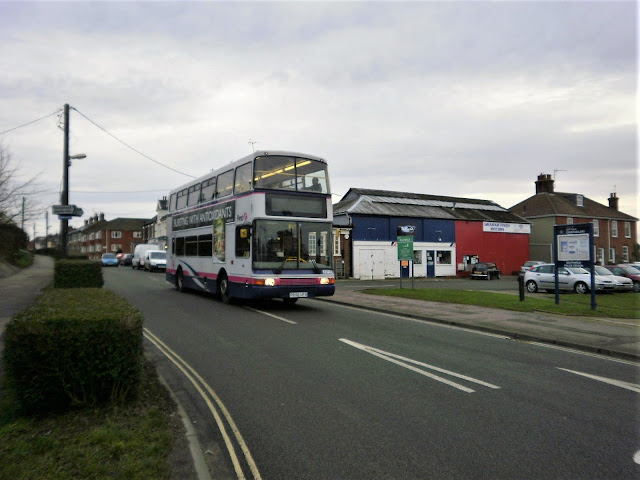 First's withdrawal left services in the hands of Anglianbus which continued with its 601 route. Scania YN63 UVR was in the High Street that day when buses were allowed to continue as far as the Swan Hotel 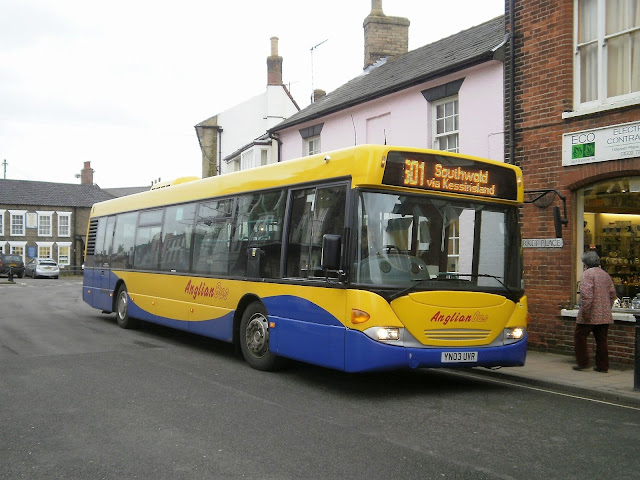 Roy
Posted by eastnorfolkbus at 09:49