Back in May last year Christian Newsome provided a photo of three former Halton Transport buses which were surprisingly parked up in Lowestoft. 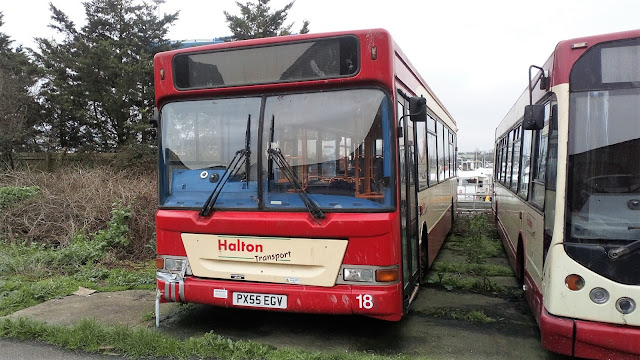 He recently returned to the site and observed the trio had hardly moved since his previous visit other than to reshuffle and receive a wash  The trio were among those sold in an online auction in March 2020 after the company ceased trading during January. 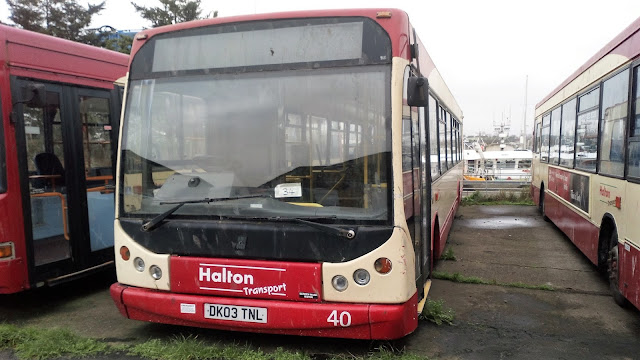 The buses have been identified as East Lancs Myllennium Spryte bodied Dennis Darts DK03 TNL, PX55 EGV and PX06 DWD. Since our last report the first mentioned vehicle's MOT expired last month with the others due in February and April this year. As expected, all are currently SORNed. We are still unaware of the new owner and plans for their future use. 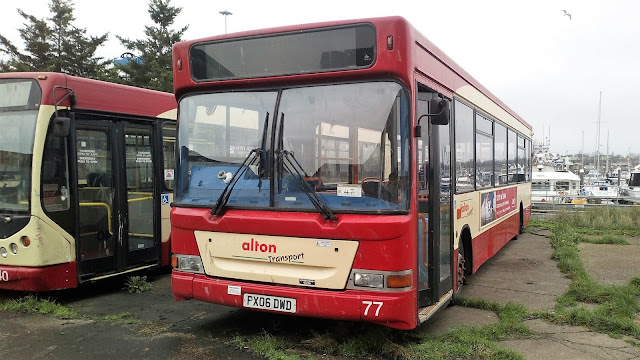 My thanks Christian for the photos and the latest information

Roy
Posted by eastnorfolkbus at 12:56