Regular contributor Christian Newsome has provided a photo of three buses observed in Lowestoft yesterday. A surprising find, they were formerly owned by Halton Transport which ceased trading in January this year 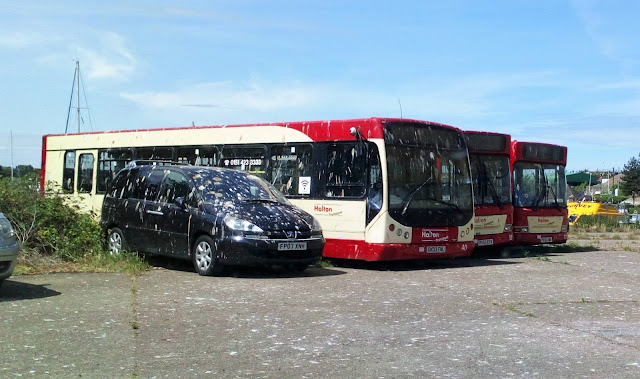 The three buses were sold in an online auction in March and have been identified as Dennis Darts DK03TNL, PX55EGV and PX06 DWD. It is not known who the new owner is and where the vehicles will be used. Their current use appears to be target practice for Gulls!

My thanks to Christian for the information and photo.

Roy
Posted by eastnorfolkbus at 11:00