Yes Friday is here again and time for another Flashback Friday when we we look back to the month of February 2007. 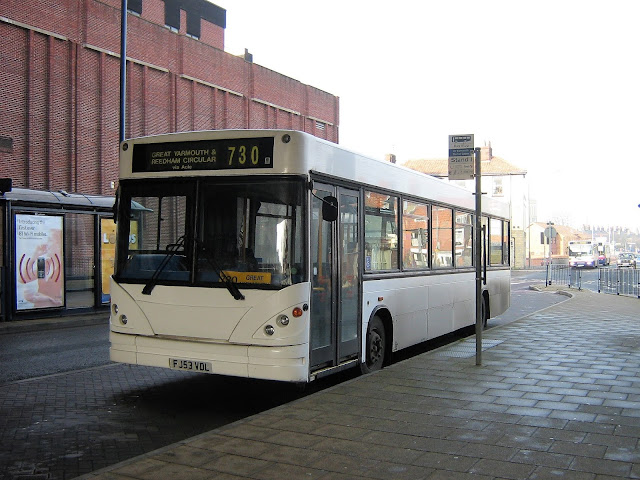 We begin with a photo of Amza Travel's SC Coachbuilders bodied TransBus Dart FJ53VDL. New to the Blofield operator in January 2004, it passed to Swift Taxis in December 2009 along with the acquisition of the business. Swift sold it on to Shropshire Bus & Coach of Wems in Shropshire in early 2013. 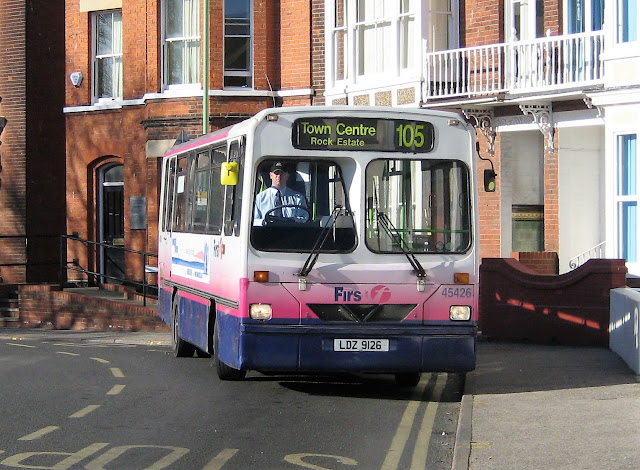 Our next picture is one of First Eastern Counties' Puddlejumpers as they were affectionately known as. Here is LDZ9126 a Wright Handybus Dennis Dart new to London Buses in September 1992. It was transferred from First CentreWest to First Eastern Counties in June 2000. JDZ9126 is pictured in Lowestoft's Gordon Road on 3rd February on the 105 to the Rock Estate. Its final journey was to Carlton dealers Wigley in August 2007. 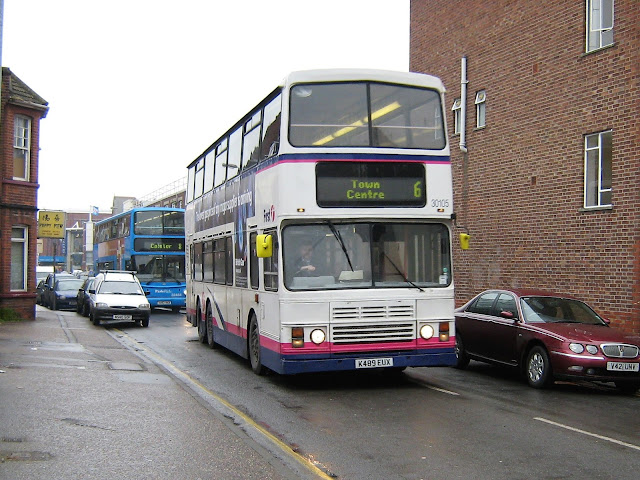 The third contribution is a scene from Deneside in Central Great Yarmouth on the 20th of February. It shows First 's Leyland Olympian 30105 K489EUX being pursued by Park & Ride branded 32484 AU53HKB. The former was one of 10 ex-China Motor Bus LM class tri-axle Olympians which later returned to the UK in 2000. The latter is now with First Essex. 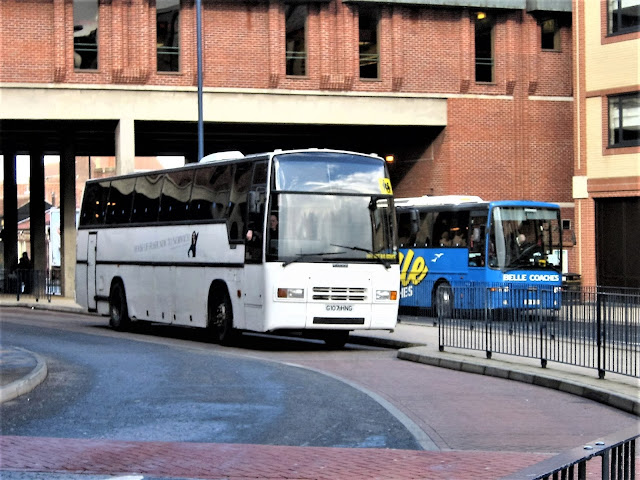 Our final photo is of Ambassador Travel's Volvo B10M-60 G107HNG. It was acquired new in August 1989 becoming their 107 and is seen at Market Gates on 21st February on an ASDA shuttle service

Roy
Posted by eastnorfolkbus at 10:40