In an attempt to keep you entertained (plus a reason to return to our blog!) I am introducing a weekly Flashback Friday feature. Along similar lines to the Ten Year Time Tunnel, we will be revisiting some of the earlier photos in my collection. 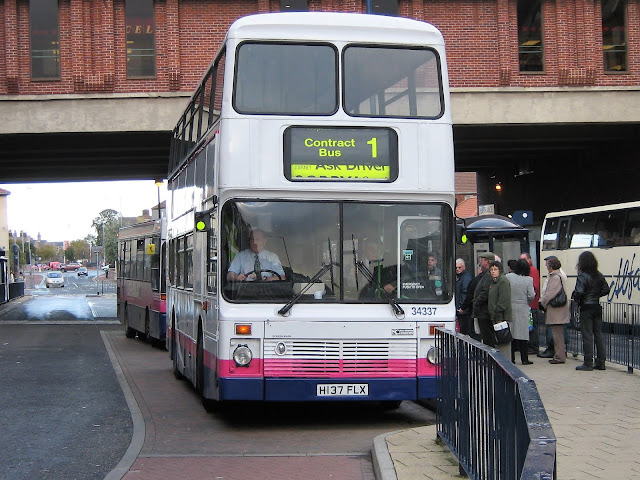 This time we will be going back to November 2006 and begin with a photo of First Eastern Counties 34377 H137FLX. The Northern Counties bodied Leyland Olympian joined the 'Counties' fleet having arrived from First Pioneer (Greater Manchester) in mid October 1990. It ended its days at dealer Erith Commercials. 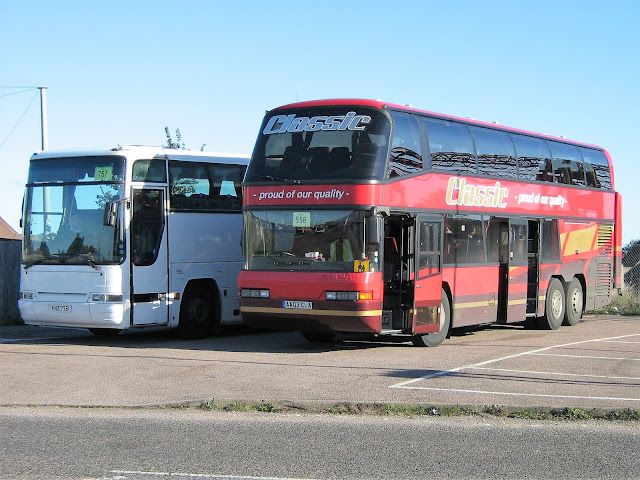 Rail replacement is the subject of the next photo (yes they were even doing it in November 2006!) in which a rare decker was employed. It was Neoplan Skyliner AA03CLT from Classic of Annfield Plain in County Durham. New to Classic in March 2003, it lasted five years with them before moving on to Royale European of Hounslow. As for Ambassador's FNZ7761, the Volvo B10M-62 is still in use with them today. 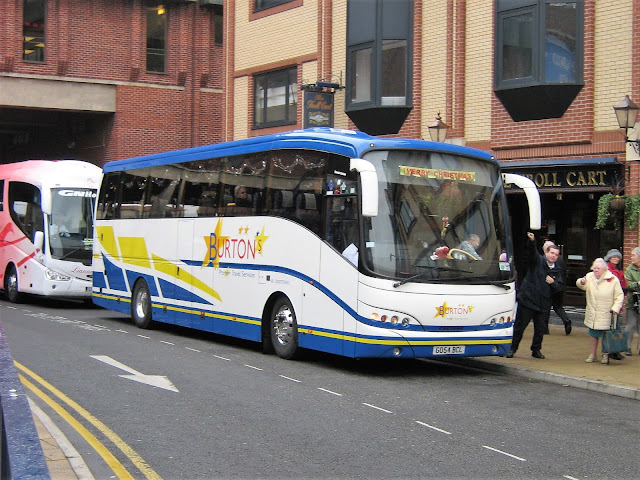 With Christmas nearing ever closer, the next picture shows Yellow Star's Caetano Enigma GO54BCL outside the Troll Cart Public House in Market Gates on 8th November 2006. The coach, which was in Burtons livery, subsequently moved on to GHA Coaches of North Wales and was with them when the company ceased trading in July 2016. 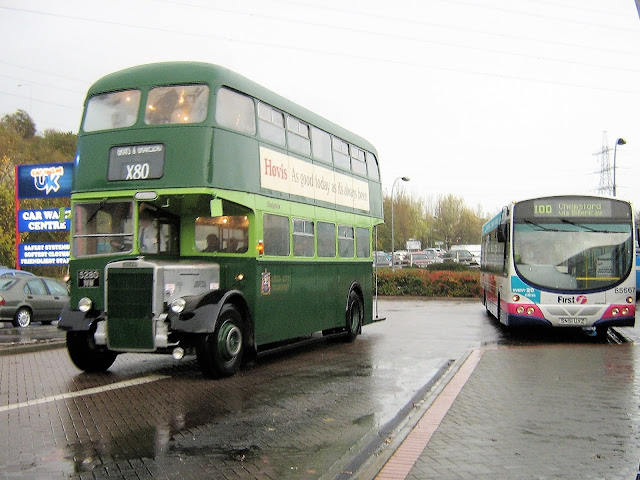 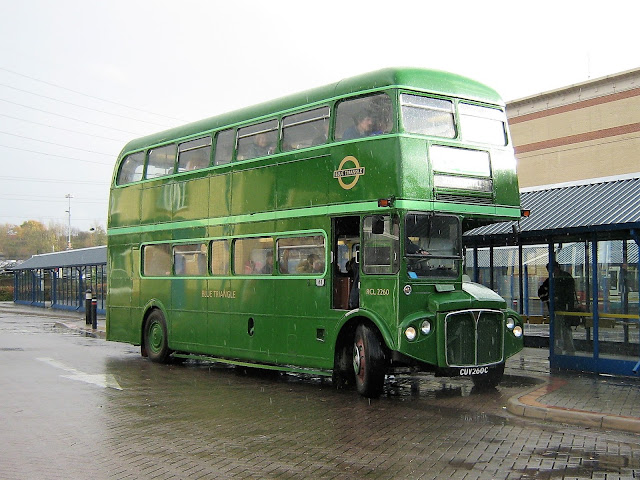 The final photo is of Routemaster CUV260C. RCL2260 was new to London Transport's Aldenham garage in June 1965. After being sold to Wombwell Diesels for scrap in 1979 it was repurchased and used a trainer. In 1997 it was acquired by Blue Triangle of Rainham who painted it into Green Line livery. It is now privately preserved by the London Bus Company and available for hire

Hope you enjoyed this look back