Another in our series of viewing previous posts from the same date in a different year and this time we go back to 28th May 2014. 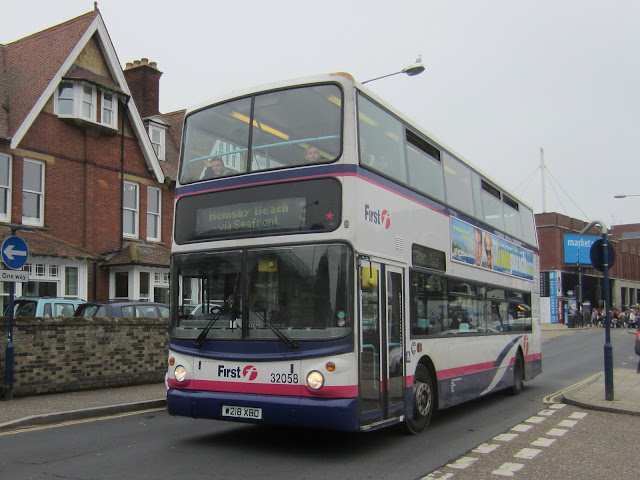 I began with the news that  former First Leicester ALX400 32058 W218XBD should be out on the road in Great Yarmouth for the first time for First Eastern Counties that very day. Sure enough I caught sight of it in the town centre early in the afternoon and photographed it on summer service 3


The other news from Caister Road was withdrawn Olympian 34186 S686AAE was inside the depot ready to receive the gearbox donated from similar S687AAE and should be back in service the following week.

That day I also posted that two coaches with VOR signs had moved from Swift's Southtown yard, I contacted Kevin Boyne at the company for information as to their current whereabouts. He kindly responded by saying that both the blue liveried Dennis Javelin P109WJO and the Volvo B10M N962DWJ had been disposed of. The former went to 3D Travel of Cleator Moor in Cumbria whilst the latter ended up at P & M Coaches of Wickford in Essex.

I trust you are enjoying these look backs to the past although today's post hasn't been that easy as Blogger has changed the way of doing things making it initially very difficult!

Roy
Posted by eastnorfolkbus at 10:28