A few photos from today whilst returning from a shopping trip plus a few in the village from this afternoon whilst enjoying the sunshine. 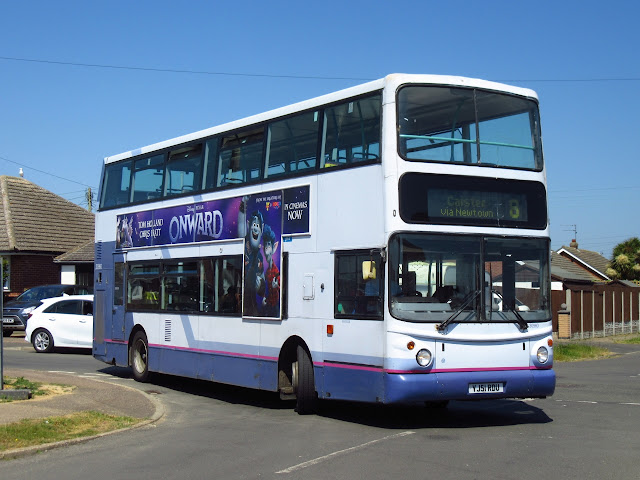 Various First vehicles are now relicensed and back in use after a couple of months out of action due to the ongoing situation. Timetable changes begin on June 1st meaning a bit more of the normal fleet will be seen out and about rather than just the Blue E400's. First sighting today to my surprise was former Manchester Volvo B7TL/ALX400 30960 YJ51RDU which has survived the recent cull of this type and was noted in Caister this morning on 8 duties. 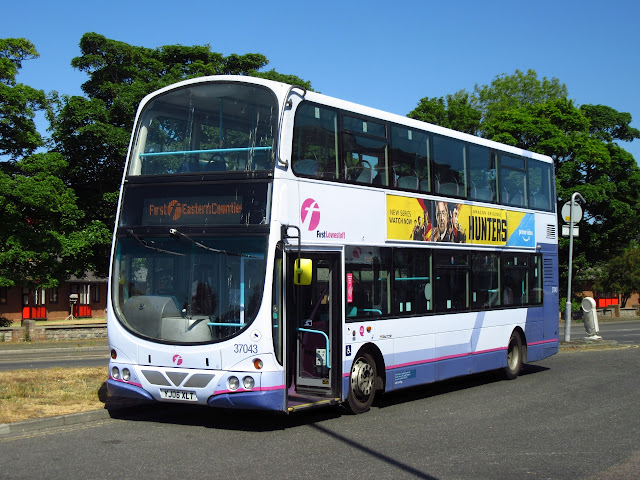 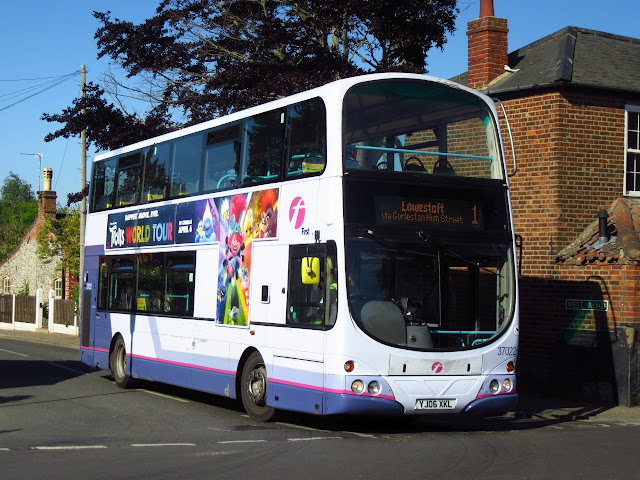 Another ex Leeds Gemini based at Yarmouth is 37022 YJ06XKL, seen above heading out of West Road in Ormesby heading for Lowestoft on the 1 service. 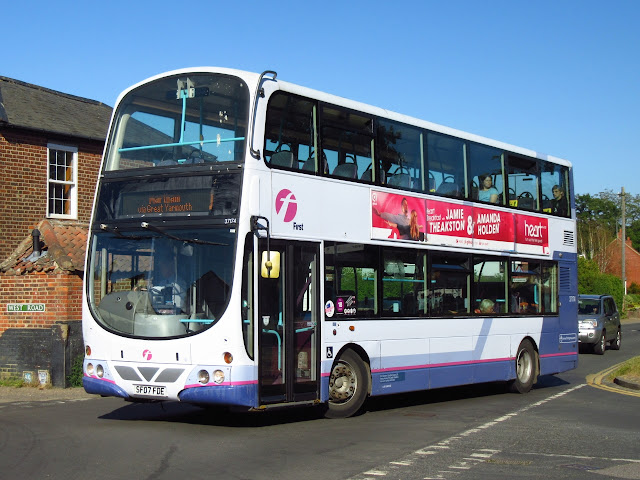 Finally we have 37174 SF07FDE which was heading towards Martham this afternoon, having not managed to photograph it since its arrival i have now got it twice in two days!. The only Blue Enviro 400 noted on the 1's in the village today was 33809 YX63LJU which is pictured below. 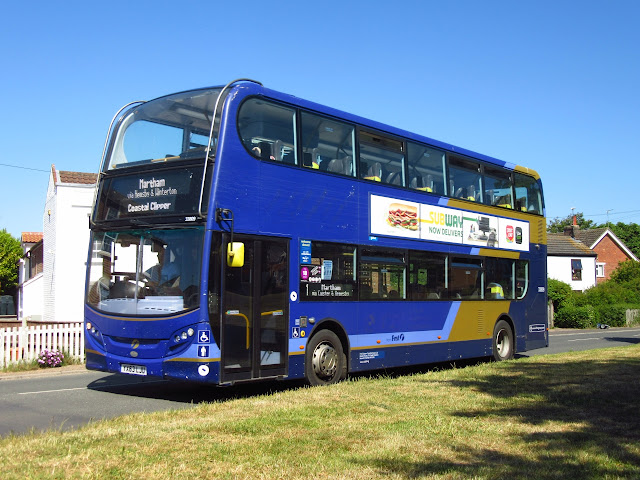 Strange how normal vehicles now become different variety after a long spell of having the former Excel Enviros around the town on most routes for the past couple of months!