Yes it's May already! Time to revisit the Time Tunnel from ten years ago - some eight months before I ventured into the blogging world. 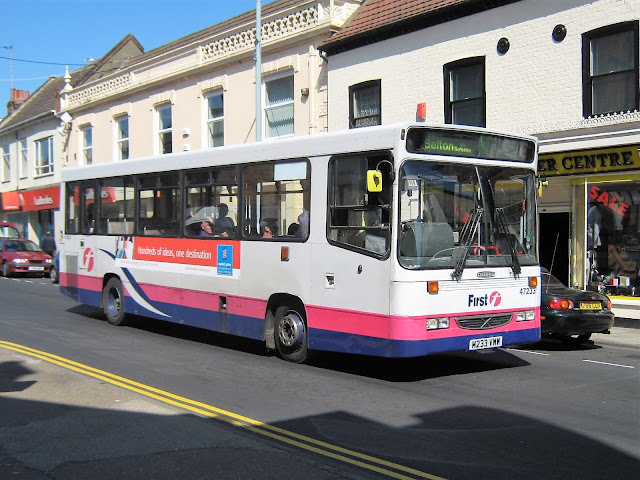 It wasn't until the 5th of the month before the camera appeared with the subject being that of a First Eastern Counties step entrance Dennis Dart. 47233 M233VWW is observed in Gorleston High Street with a service for Belton. The Alexander Dash bodied Dart was new to Yorkshire Rider in February 1995. 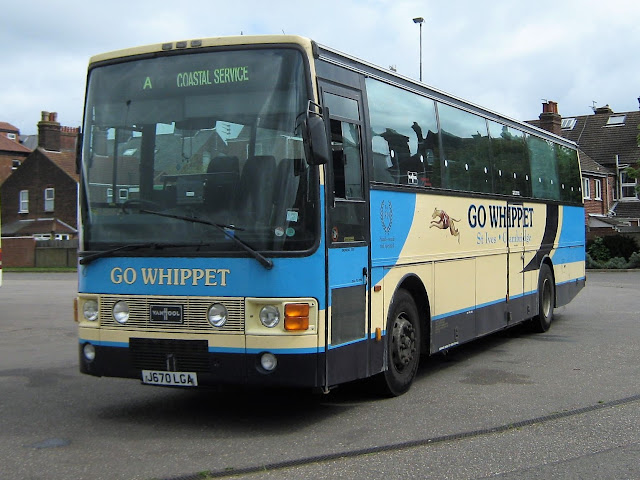 The camera's next outing was to Great Yarmouth's Beach Coach Station on the 10th with a couple of photos taken beginning with a regular visitor at that time, Whippet Coaches' J670LGA. The Van Hool bodied Volvo B10M-60 was new to Parks of Hamilton in March 1992, later becoming LSK495. Its demise began in mid 2014 when Whippet placed it on its reserve list. 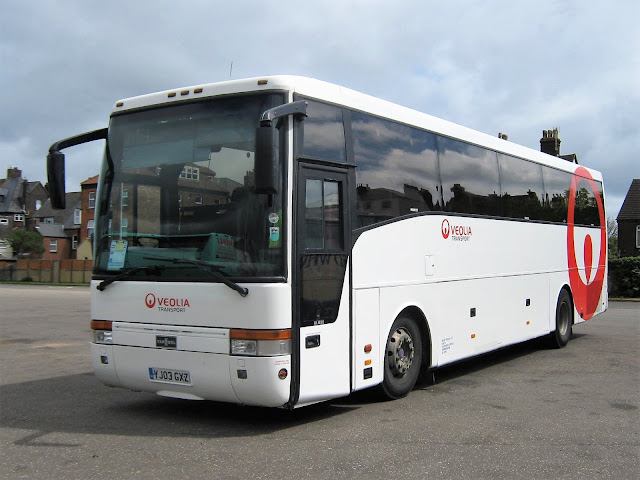 The other photo taken that day was of Veola Transport's YJ03GXZ. The Van Hool Alizee bodied Volvo B12B was new to Dunn-Line in April 2003. It transferred to Veola when the Nottingham based operator was acquired by them in March 2006 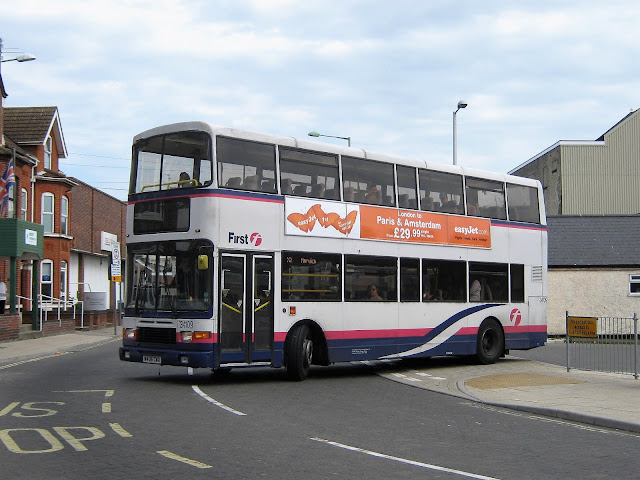 A trip to Lowestoft beckoned on the 18th and First Eastern Counties 34109 W436CWX was seen leaving the bus station on an X2 service to Norwich. The Volvo Olympian had transferred from First Somerset and Avon in October 2008. It had previously been employed on Yorkshire Coastliner duties since new in June 2000.

Look out for Part Two soon