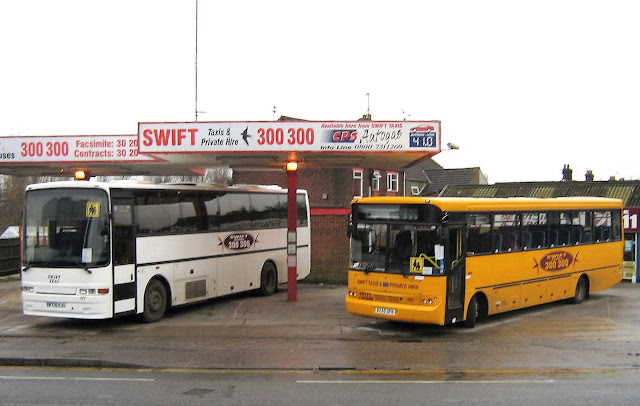 We start with long disappeared local operator Swift Taxis which used a yard on Southtown Road to stable their coaches and buses in between duties. This photo shows Volvo B10M-62 117 M735KJU and BMC Falcon 110 BX55OFN parked under the canopies of a garage that previously occupied the site. The former was new to Monetgrange of Nottingham (Dunn-Line) in March 1995 and later passed to GHA Coaches of Corwen. The latter was purchased new by the operator in February 2006 and ran the last operated 206 service from Great Yarmouth to Blofield in December 2012 (Last 206 - 19th December 2012) 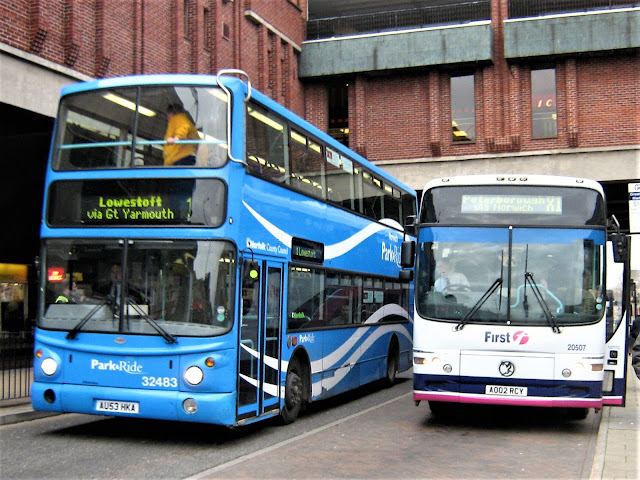 Next up is a picture of two First Eastern Counties vehicles at Market Gates in Great Yarmouth. Volvo B7TL 32483 AU53HKA, in blue Norwich Park & Ride livery, works a southbound 1 service to Lowestoft whilst Volvo B12M-62 20507 AO02RCY takes on passengers for the X1 service to Peterborough 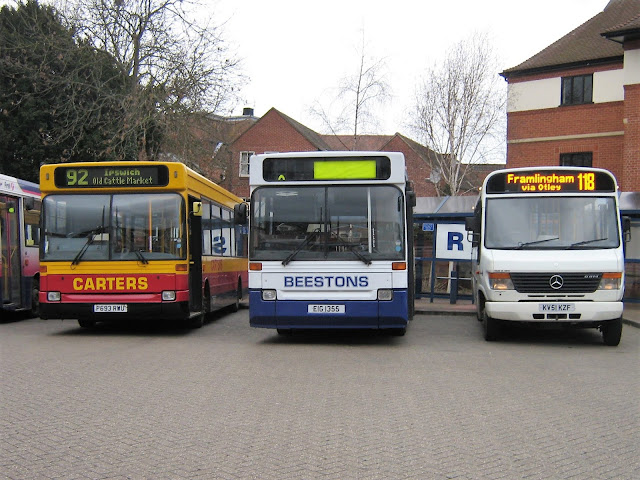 The 13th of January saw a visit to Ipswich where I found this trio of vehicles laying over at the Old Cattle Market Bus Station. On the left is Carters' P693RWU whilst on the right is Beestons' Mercedes Benz Vario O814 KV51KZF. Providing the filling in the sandwich is Beestons' Plaxton Pointer Dart EIG1355 which was sold on during Spring 2009. P693RWU was new to Armchair of Brentford in May 1997 whilst the Vario began its career with Central Parking of Heathrow in November 2001 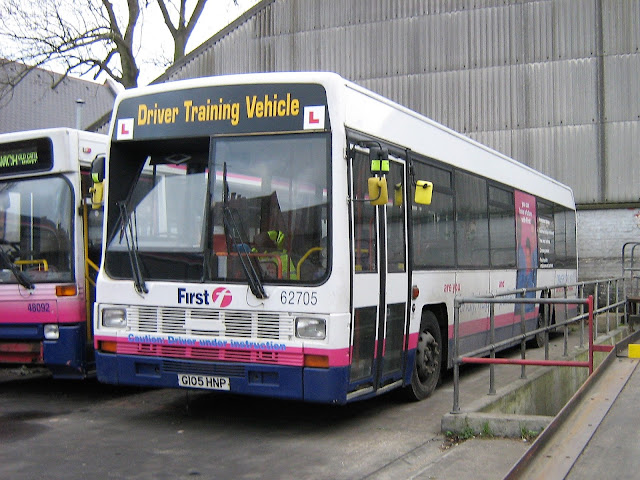 Whilst in Ipswich that day I looked in the rear yard of First's Star Lane depot and found driver trainer 62705 G105HNP present. The Leyland Lynx arrived at First Eastern Counties from First Wyvern having been new to Midland Red West in April 1990. Noted to the left of the photo is 48092 M592ANG which has seen better days. Its final journey to Barnsley dealers PVS was not too far off. 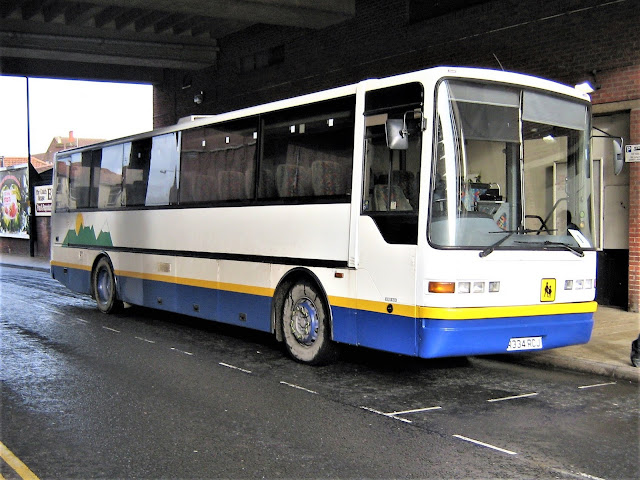 The penultimate picture is of Amza Travel's Dennis Javelin R334RCJ awaiting its next duty at Market Gates. It was was acquired by Swift Taxis in December 2009 following the acquisition of  the South Burlingham based operator. Swift later held an auction in August 2011 with R334RCJ being sold to Tees Valley Coaches. There it received a much needed refresh and had a re-body and repaint which meant it finally lost the mountains logo which had been applied since new with Whittle in 1997. Unfortunately in December 2012 Tees Valley went into administration and R334RCJ was later found in Wales with Wilkins Coaches. 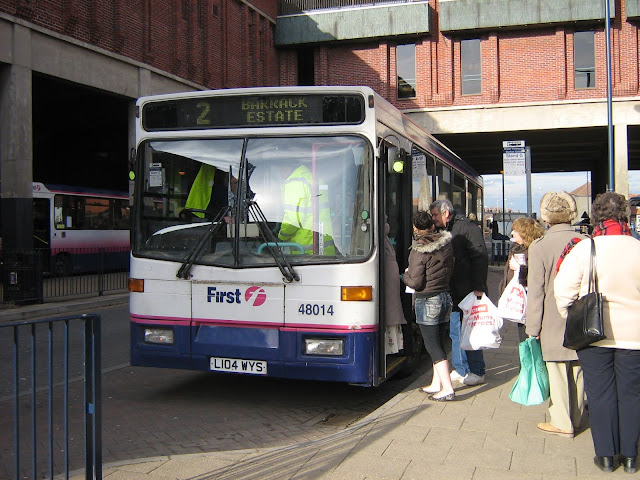 Roy
Posted by eastnorfolkbus at 12:34