Another in our series of viewing previous posts from the same date in a different year and this time we go back to 5th May 2013 which fell on a Sunday. It was the date of the 43rd Ipswich to Felixstowe Run with some 500 classic cars, motorcycles, lorries, buses and military vehicles taking part 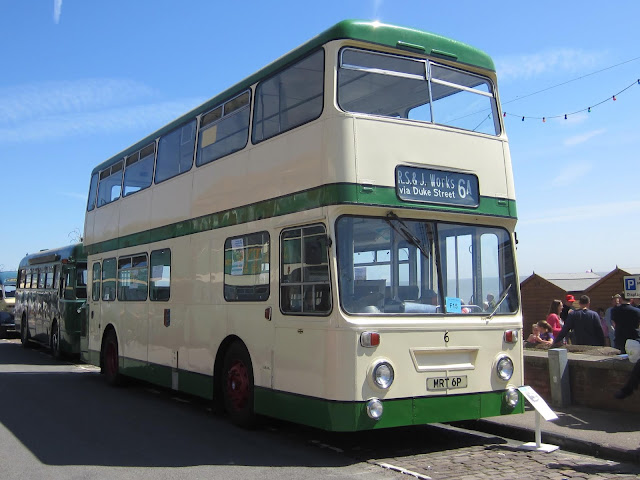 We were positioned at the latter to record buses arriving at the resort with the first being former Ipswich Borough Transport Leyland Atlantean MRT6P complete with Roe bodywork New in 1976 she was acquired by Ipswich Transport Museum in 1994. Another Ipswich arrival was CDX516, an AEC Regent III with a Park Royal body. No 16 was new to Ipswich Corporation in April 1954 and was withdrawn in 1973. 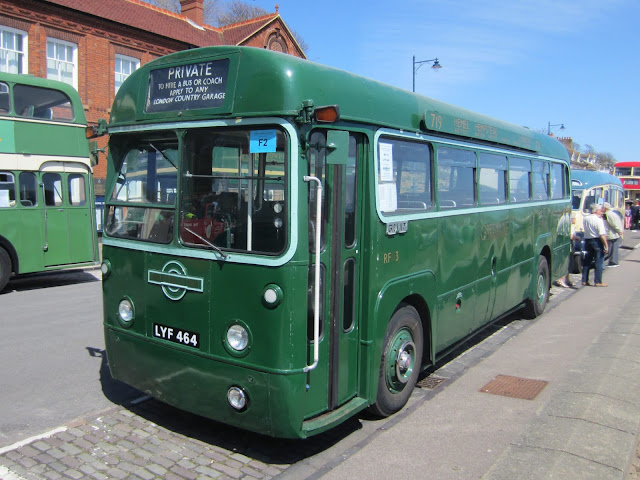 London Transport was well represented with two Routemasters and an RF in attendance. RML2463 JJD463D appeared in London red whilst RML2419 JJD419D was in London Country Green. RF113 LYF464 is an AEC Regal IV with Metro Cammell bodywork and was built in 1954 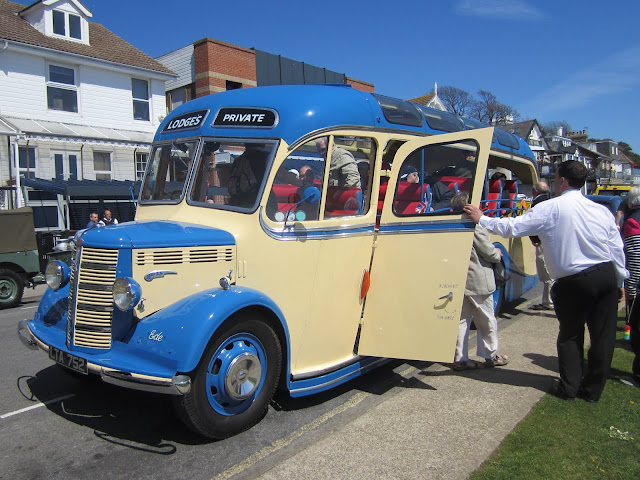 Essex independent Lodges of High Easter, Chelmsford sent two Duple bodied Bedfords from their preserved fleet. MJB481 was a 1956 SBG whilst an open sided OB (LTA752) from 1950 was the star of the show as far as I was concerned. 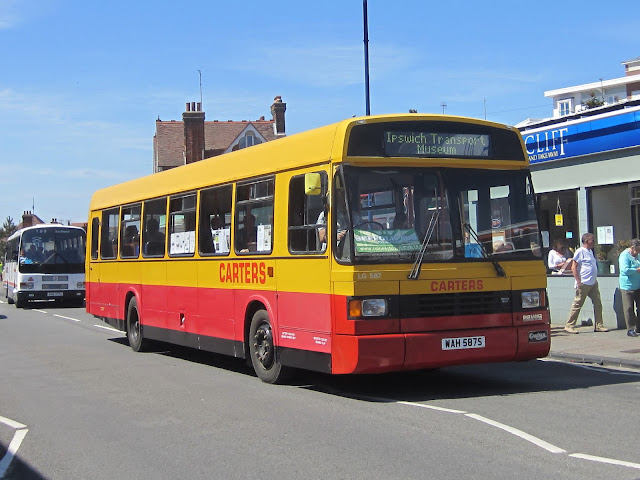 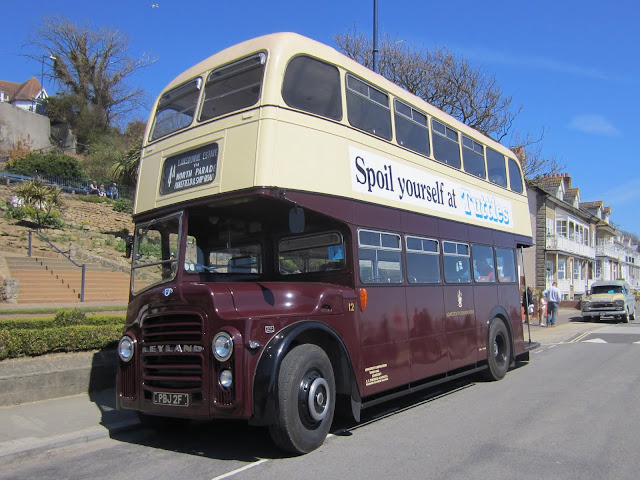 A total of fifteen buses and coaches completed the run between the two Suffolk towns. With the event taking place in glorious sunshine, one of the organisers of the event 'hailed it as a great success'. It's a great pity this year's event had to be cancelled

Roy
Posted by eastnorfolkbus at 10:10