The final instalment of looking back on May ten years ago concentrates on a visit to Ipswich on 20th of that month. Photos taken later on in the month were of little significance really. 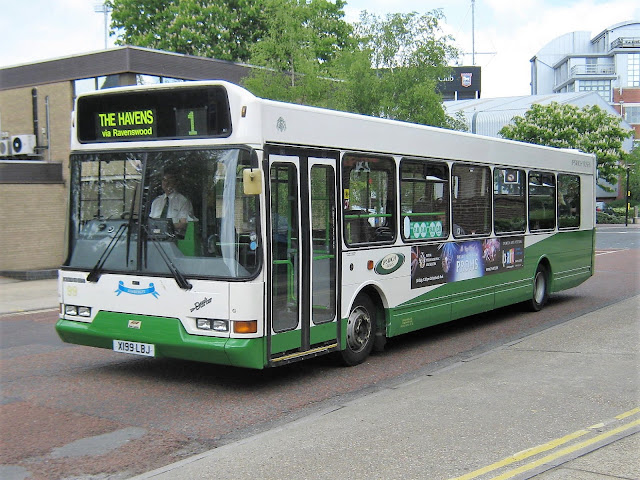 We begin with Ipswich Buses 99 X199LBJ seen in Princes Street heading for the Havens on route 1. Named Kimberley it was an East Lancs Spryte bodied Dennis Dart new in September 2000. It was taken out of service in September 2015 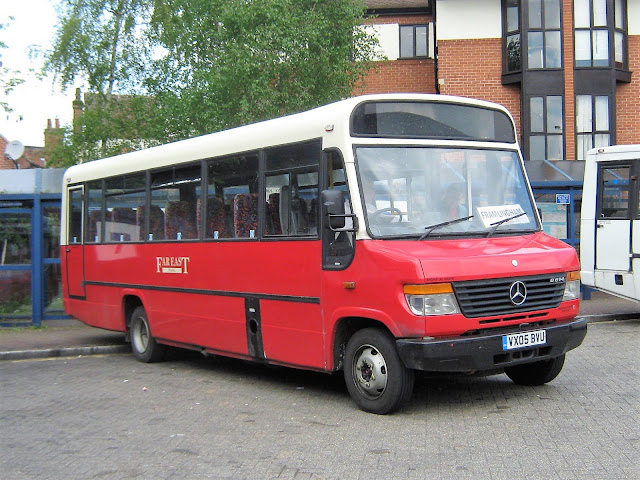 A Suffolk independent no longer with us is Far East Travel which ceased operating in 2012. Here is a picture of its Plaxton Beaver bodied Mercedes Benz Vario BX05BVU at the Old Cattle Market Bus Station awaiting its next duty. It was new to Hutchison of Easingwold, North Yorkshire in August 2005 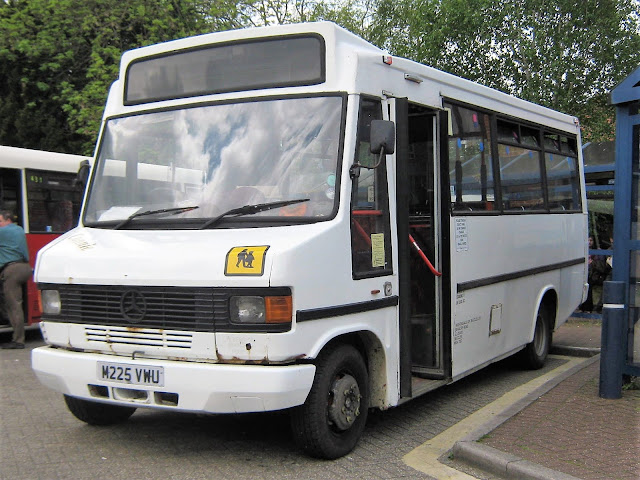 Also laying over at the same location was M225VWU from the Nightingales of Beccles fleet. New to Yorkshire Rider in May 1995, Nightingales acquired the Mercedes Benz 709D from Berry of Beccles in May 2009. 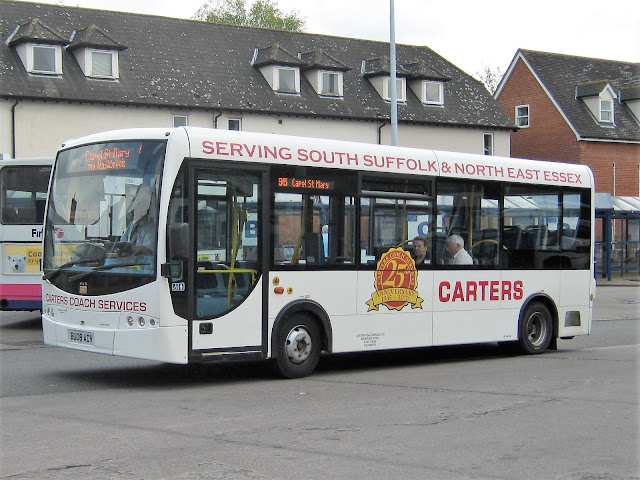 The penultimate photo is of Carter's Coach Services BU08ACV also at the Bus Station heading off to Capel St Mary on the 95. The Plaxton bodied Enterprise had only just joined Carters from Central Connect in Aston, West Midlands in February 2010 but was new to Flight Hallmark of Hounslow in March 2008 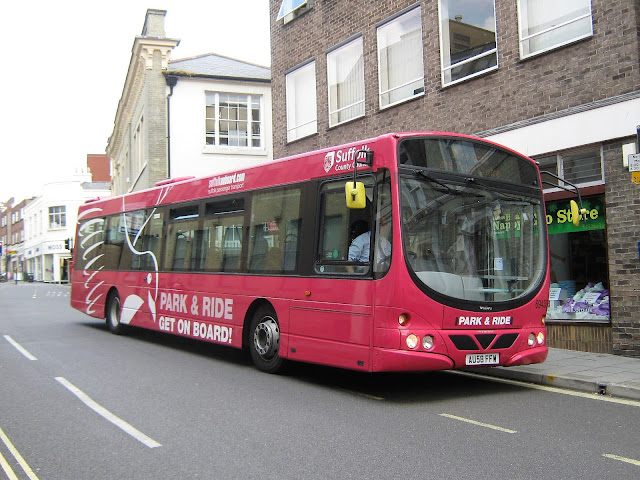 The final contribution is that of First Eastern Counties Wright bodied Volvo B7RLE 69433 AU58FFW. New in January 2009 it wears the Park and Ride livery of that time and is observed in Friars Street

Roy
Posted by eastnorfolkbus at 17:30