With the car in for its long delayed service, I had a few hours kicking around in sunny Lowestoft during yesterday morning. 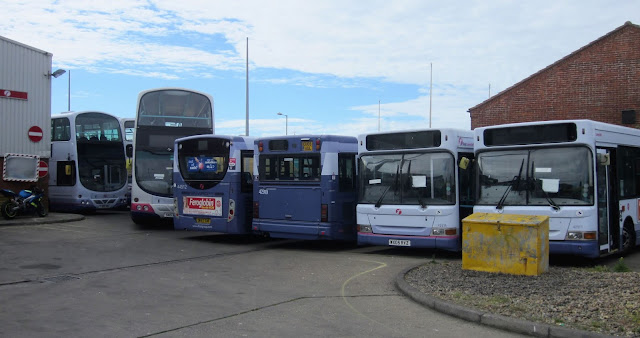 With the garage in close proximity to First's Gas Works Road depot, I had my first opportunity to witness events there since lockdown. There were many buses to be seen and the site was a scene of intense activity with many vehicles being worked on. The initial photo show the south side of the depot with varying bus types present. 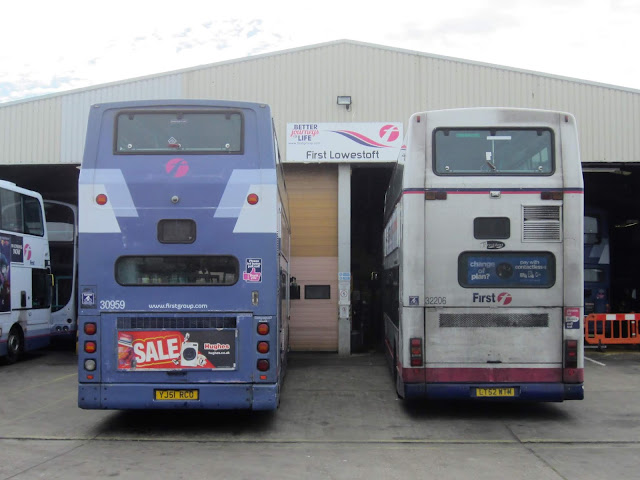 The second shows two Great Yarmouth stalwarts guarding the entrance to the depot in the form of Volvo B7TLs 30959 YJ51RCO and 32206 LT52WTM - the latter a Plaxton President the former an Alexander ALX400 version. 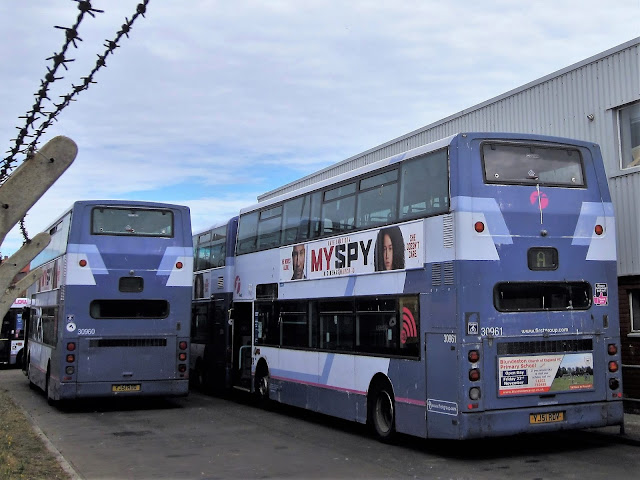 A recent chat with a First Great Yarmouth contact suggests that the 51 plated versions still have many more days of use left in them and two other examples (30960/1 YJ41RDU/V) were observed in the side yard with the photo taken from over the top of the fence! 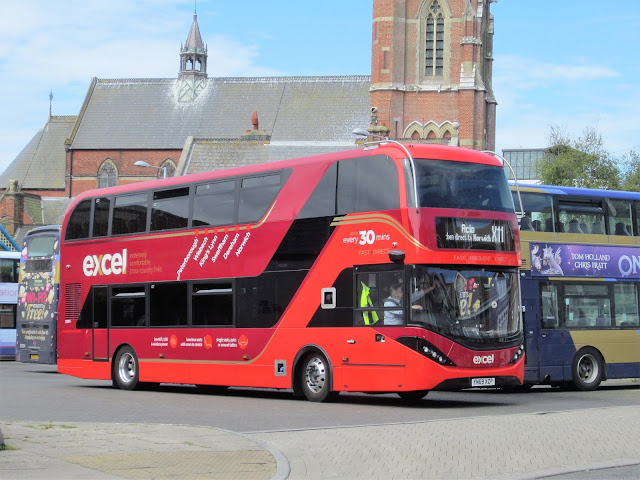 After taking many photos I made my way to the bus station on Gordon Road with the workings dominated by current and former Excel vehicles interspersed with a few Darts and the odd StreetLite. The fourth photo illustrates that point with Scania 36910 YN69XZP heading for Great Yarmouth and Norwich on the X1, though incorrectly showing X11! 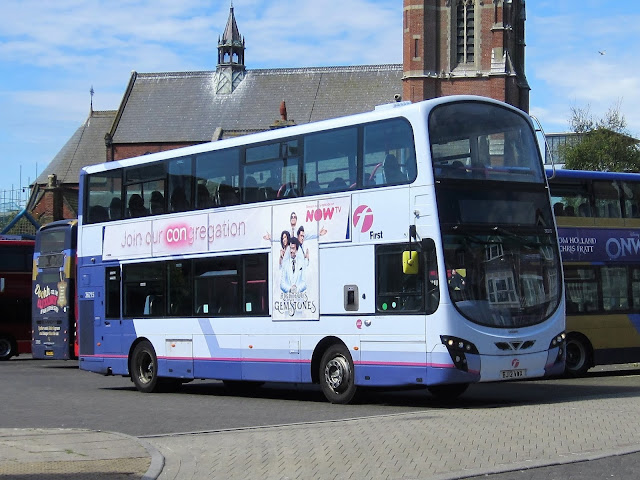 The more observant amongst you will have noticed the decker to the left of the photo - it was Gemini bodied Volvo B9TL 36215 BJ12VWX which recently returned to use at Lowestoft after some attention at Great Yarmouth. It spent most of the time laying over whilst I was there and when it did move it wasn't in public service 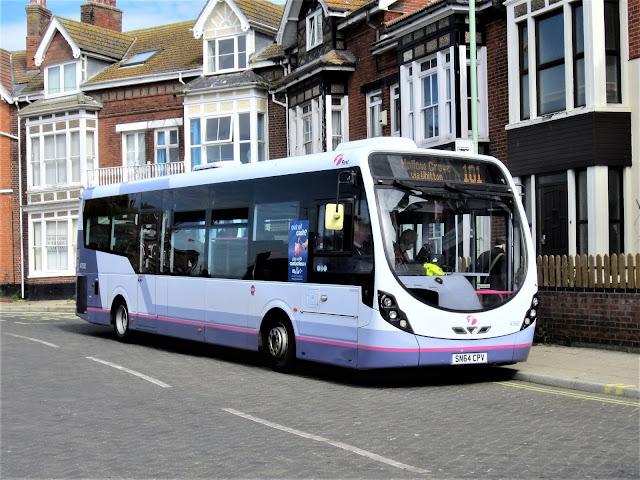 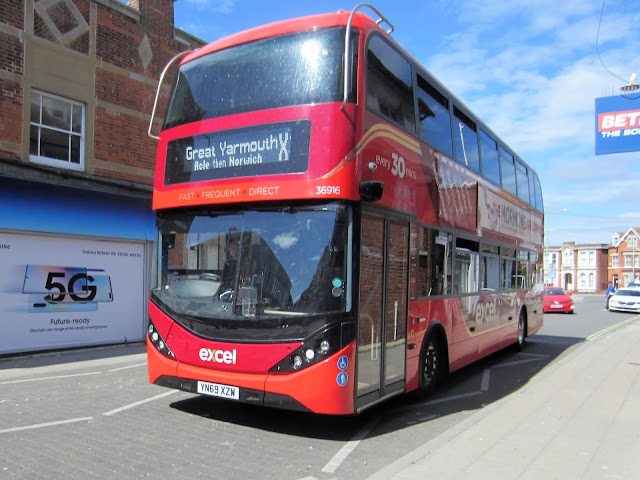 My last picture shows another Excel Scania - this time 36916 YN69XZW on Gordon Road on the X1 to Great Yarmouth. Finally, my thanks to the many drivers for their friendly waves.