With the sad news that Shearings Group and National Holidays have ceased trading i thought i would post a selection of Shearings vehicles from my collection gained over the past 18 years or so. It was always nice to see different members of the fleet in the town and i always tried to see what was around most weeks when i could in the summer months. 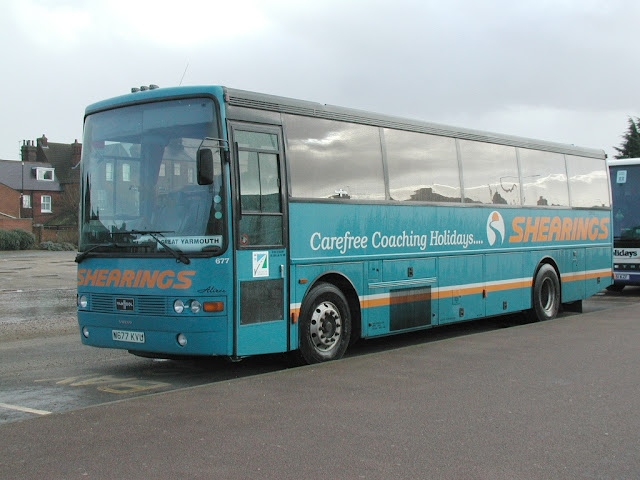 A very earlier digital image to start from 2002, M677KVU was one of a number a Volvo/Vanhool vehicles in the fleet at the time, pictured at Beach Coach Station. 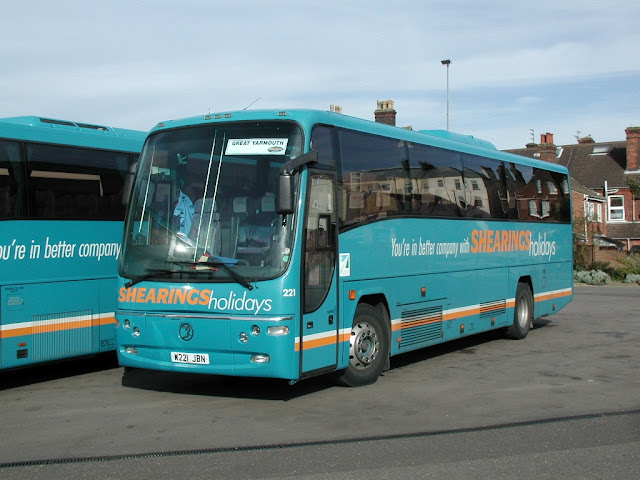 Another from 2002 is W221JBN, another Volvo with Plaxton Panther bodywork, I remember this being a regular visitor to the town. 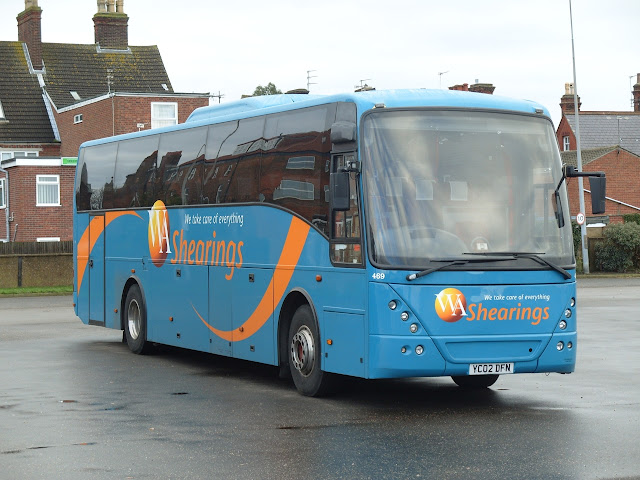 On to 2008 and Shearings had merged with long standing Leeds based company Wallace Arnold to become WA Shearings. Former Wallace Arnold YC02DFN is parked up at the Coach Station. 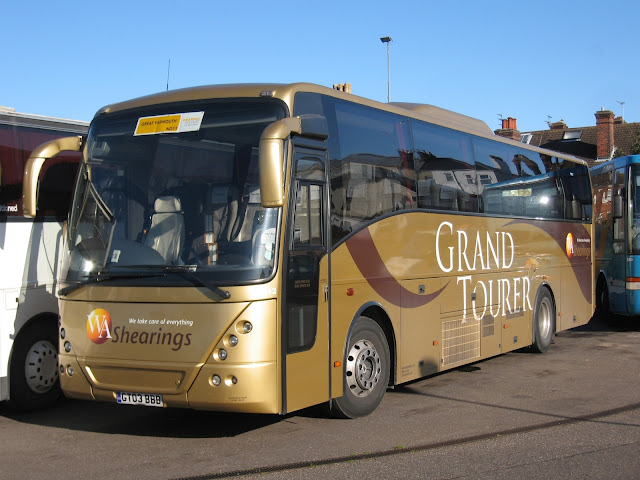 WA Shearings Grand Tourer Fleet was painted Gold and GT03BBB is a Jonckheere bodied Volvo B12M, they only had 36 seats with toilet facilities on board. This photo was October 2008. 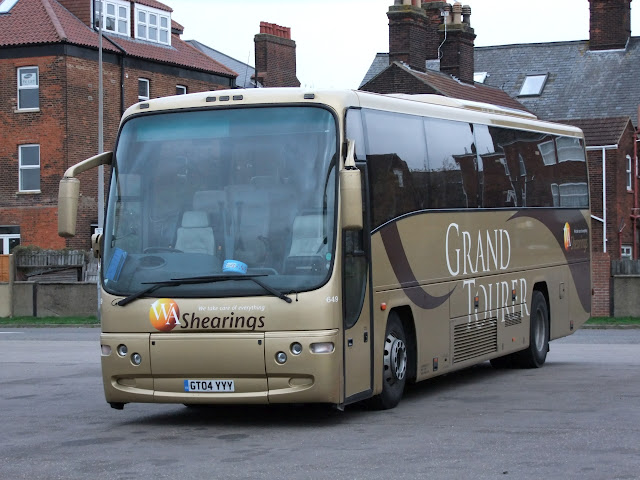 Another Grand Tourer from 2009 was GT04YYY a Volvo B12 with Plaxton Panther bodywork. 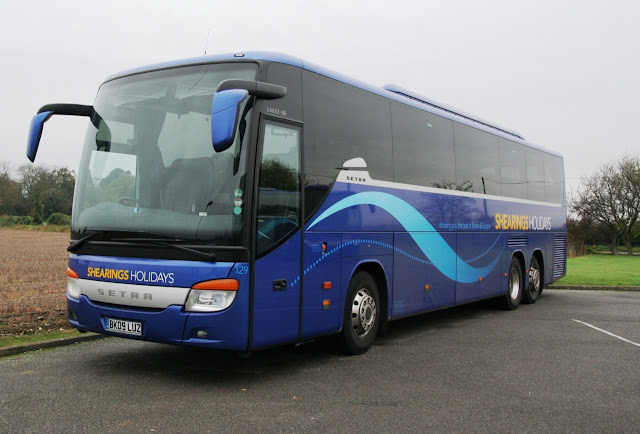 2009/10 saw a new fleet of Setra Kassbohrer Coaches introduced into the fleet, BK09LUZ is pictured at the Holiday Inn in Ipswich (Jim Long Collection) 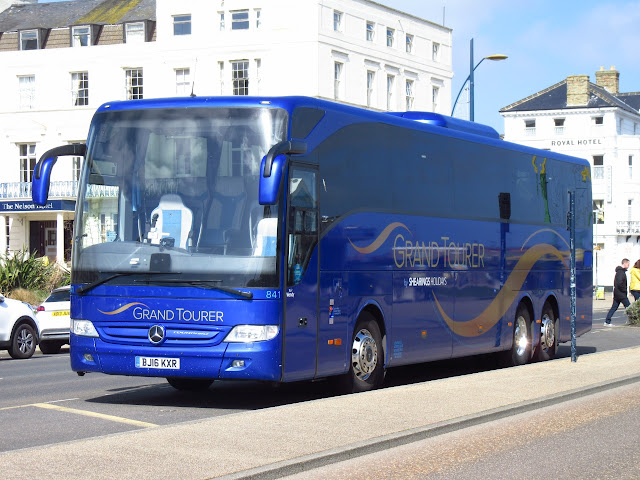 I hope you enjoyed a selection of the different vehicles that were part of the Shearings fleet over the years i have been photographing them.