After dropping off the parents shopping in Newtown earlier this morning i decided to go for my exercise on foot around the area i grew up in and managed a couple of photos on my wander!. 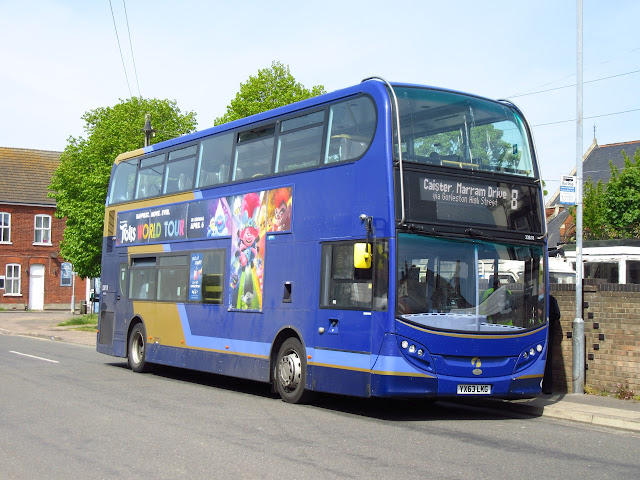 First up is former Excel Enviro 400 33818 YX63LKG pictured in Beaconsfield Road changing drivers before heading to Caister on the 8 route. 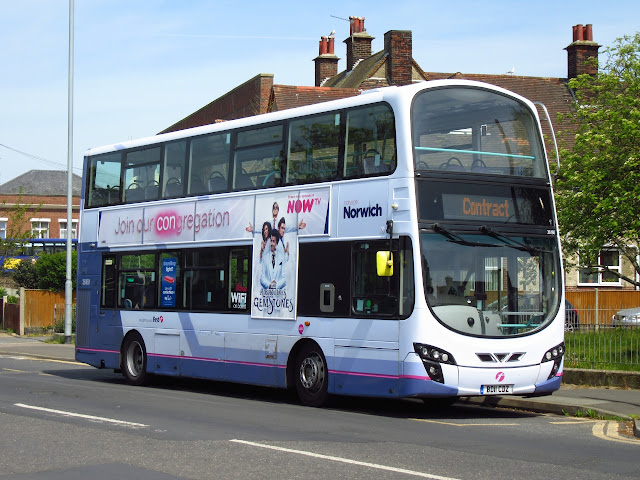 Next up was a visitor, Norwich based Volvo B9TL 36180 BD11CDZ which was parked in the Bus Stop outside St Paul's Church on Northgate Street. 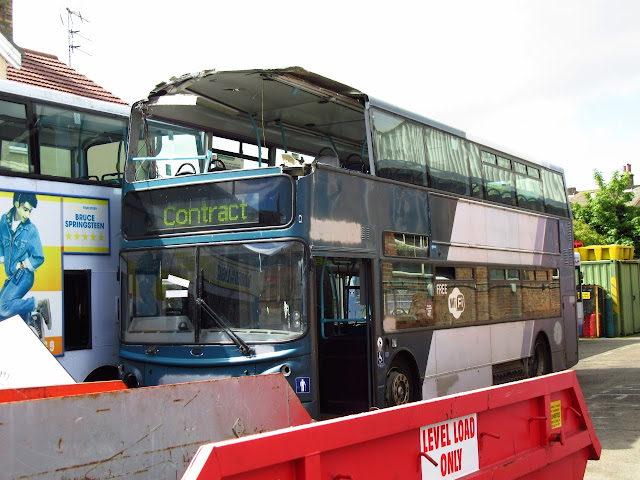 Finally on my brief circular tour was a shot through the fence at the back of Caister Road where the remains of Ipswich Volvo B7TL 32494 AU53HKM was sitting having donated its engine to sister 32475 AU53HJJ which returned to Ipswich with new power unit and repaint into Ipswich Reds livery. The roof damage was sustained after hitting a canopy at Ipswich Hospital.

Stay Safe Everyone, Grahame.
Posted by Norfolkbus at 13:46