Friday Flashback returns revisiting the month of April 2007 which concentrates on the smaller operator. 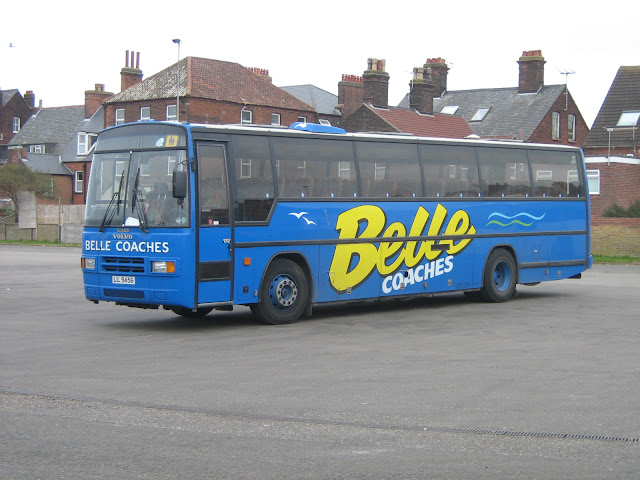 We start by looking in at Beach Coach Station on the 3rd where we found Belle Coaches LIL9456. Numbered 13 in the fleet it was a Plaxton Paramount bodied Volvo B10M-60. The registration has since been allocated to a Kassbohrer Setra in the fleet. 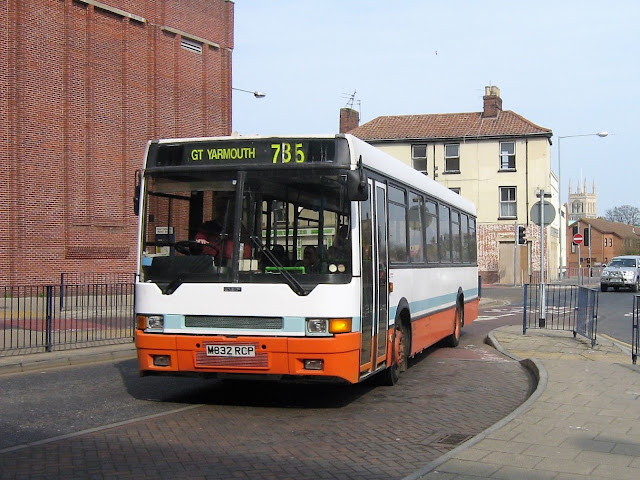 We move on to the 12th where we observe Sanders' DAF SB220/Ikarus Citi Bus M832RCP arriving at Market Gates with a 785 service from North Norfolk. When I had taken this photo I remember the friendly diver came over to ask if I got a reasonable photo. I showed it to him and gained his approval! Another point of note is that the photo shows the shopping centre had yet to build the extension above the bus terminus. 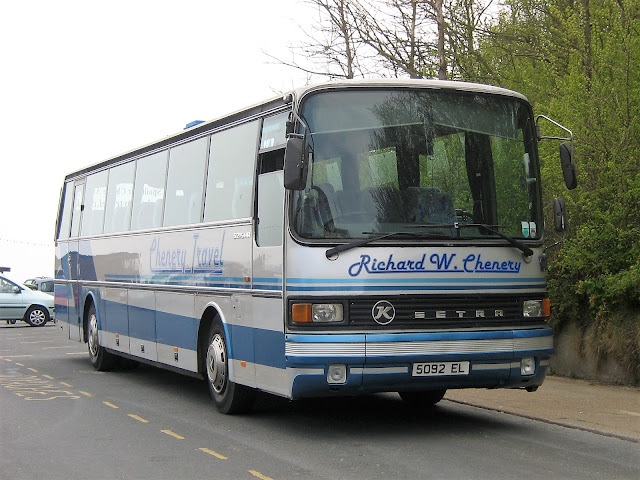 Gorleston Beach was the scene a day later when R.W.Chenery's Setra 215HR 5092EL visited. Its appearance was thought to have coincided with a performance at the nearby Gorleston Pavilion. We return to Market Gates for our final photo on the 17th of the month. It shows Ambassdor Travel's Plaxton Paragon bodied Volvo B12M-62 FN52HRG on the 497 service to London. It was new to the operator in November 2002 and in January 2012 it was re-registered KIG1856. It subsequently joined the Isle of Wight fleet of ALS Travel and made a return to its former home town when seen at Beach Coach Station in May 2018