Friday Flashback returns with another look back at January 2009 with these subjects attracting the attention of the camera at that time. 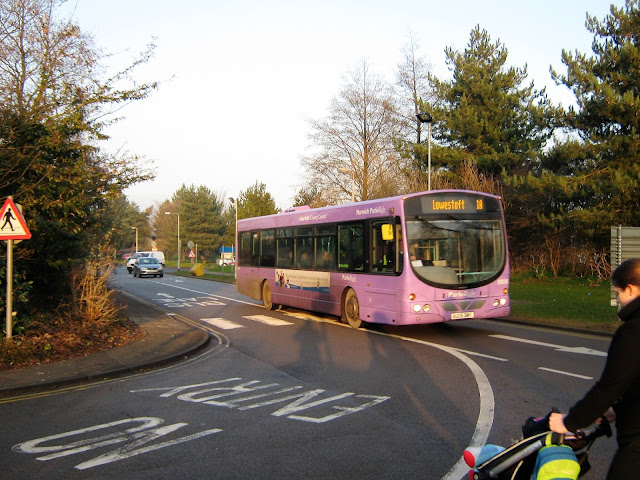 We start with a visit to the James Paget Hospital grounds on the 9th to see the arrival of First Eastern Counties 69010 AU05 DMY from Great Yarmouth on the 1A service. The Wright bodied Volvo B7RLE was in Norwich Park & Ride livery and will continue to Lowestoft Bus Station. It is now part of the Ipswich Reds fleet. 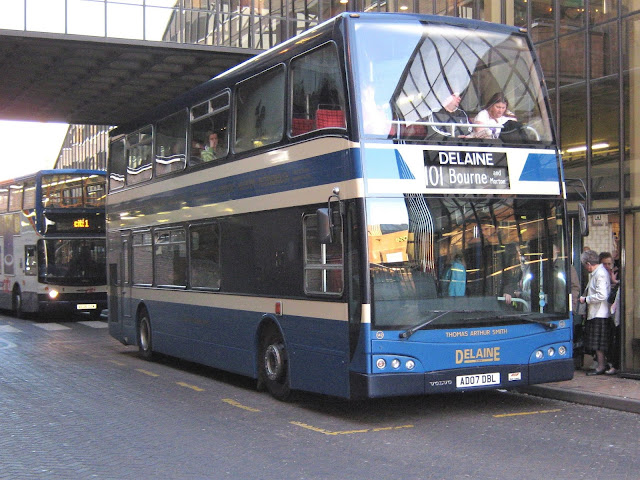 The next three photos were taken in Peterborough with the first showing Delaine's Volvo B9TL/East Lancs Olympus AD07 DBL at Queensgate Bus Station. It is seen on the 24th of the month loading passengers for the 101 service to Bourne 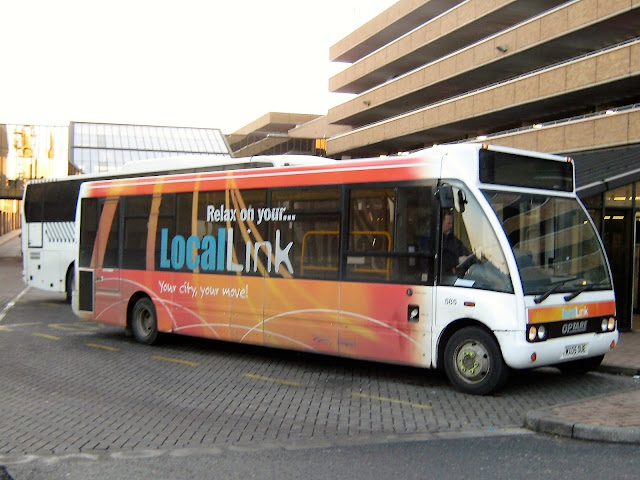 At the same location on the same day was Peterborough City Council's Optare Solo 585 MX05 OUE operating local link services. The Solo is now with Coach Services of Thetford. 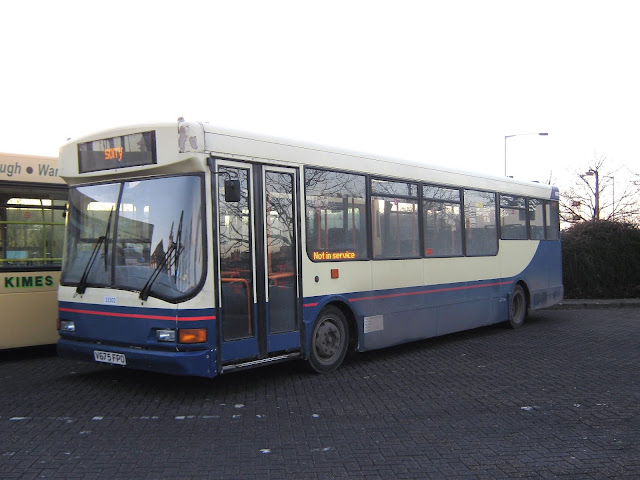 In the nearby Acland Bus Park on the 24th was an apologetic Stagecoach In the Fens 33302 V675 FPO. The Dennis Dart SLF was wearing Cavalier Travel livery and was new to Wilkinson of Staines in December 1999 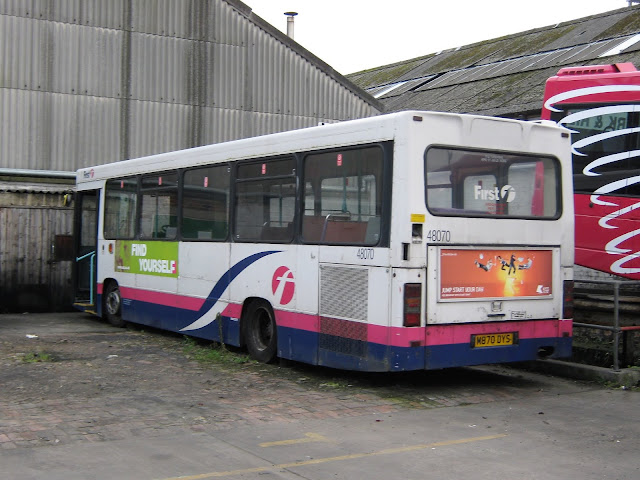 Our last photo is of First Eastern Counties Alexander Dash bodied Volvo B6 48070 M870 DYS. It is seen in a withdrawn state at Ipswich Star Lane depot on the last day of January. Immediately behind on the ramp is Park & Ride Volvo B7RLE 69424 AU58FFL

Roy
Posted by eastnorfolkbus at 08:24