First of all a happy new year from myself and Grahame. We begin 2021 with a look back to January 2009 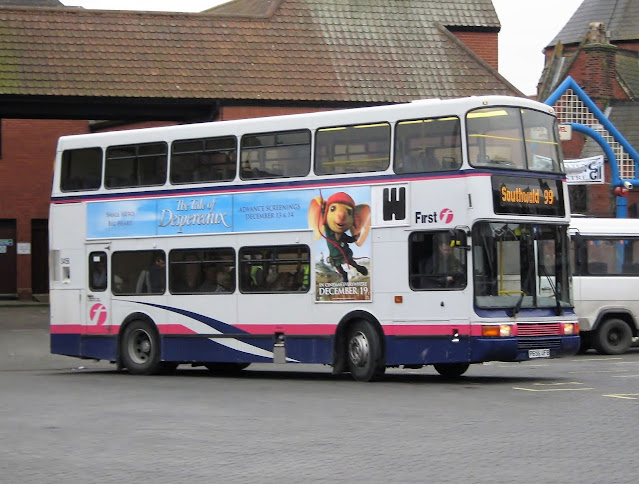 Our first photo shows Northern Counties boded Leyland Olympian P656 UFB leaving Lowestoft Bus Station for Southwold on 3rd January. The decker had only arrived at First Eastern Counties a month earlier from First Somerset and Avon. It was new to First Bristol in June 1997 and after withdrawal was donated to Norfolk Fire Service at Gorleston for training purposes in January 2014. In July the following year P656UFB was collected by Alpha Recovery for scrap. 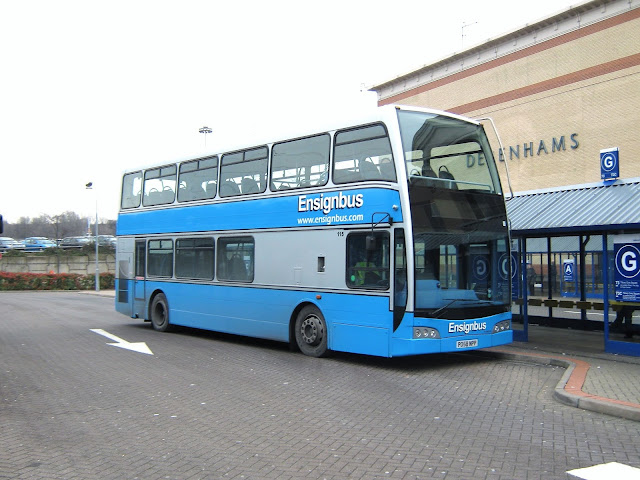 The following day a visit to Lakeside Shopping Centre was arranged with yours truly spending a little time observing activity at the bus station The first photo shows Ensignbus 115 Volvo B9TL/ East Lancs Olympus PO58 NPP in between trips. It was later repainted and became the #the orangebus before returning to its original colours 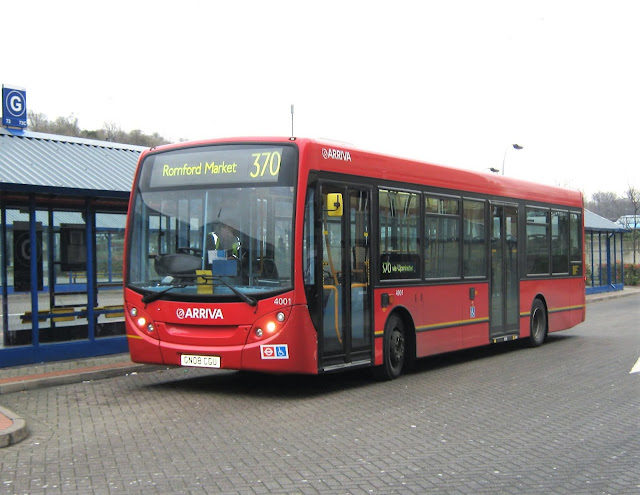 First Essex was represented by Scania L94UB 65673 SN51 UYG which ended its days at First Great Yarmouth. It left the rear yard of Caister Road depot on its last journey to Alpha Recovery in January 2020. The bus arrived here in October 2018 by default from First Essex as the selected bus broke down a couple of days previously!

The final photo shows a variety of Shearings coaches spending early January in Great Yarmouth. Taken on 7th of the month, it shows Volvo B12Ms from left to right MX05AJU, YC02DFX, MV02ULN and MX04AEJ at the town's Beach Coach Station

Roy
Posted by eastnorfolkbus at 13:24