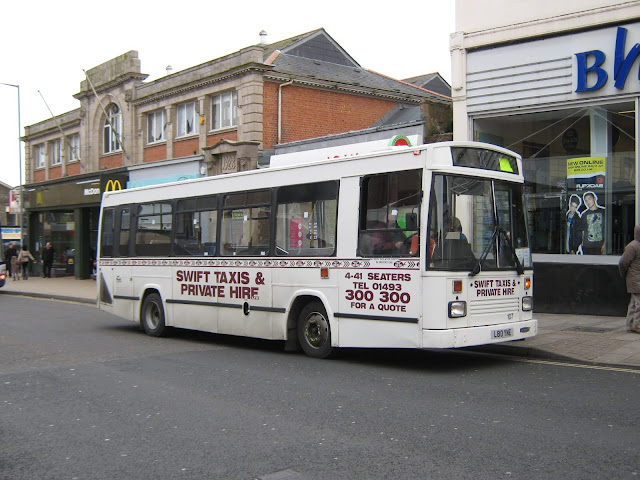 We begin with photos from the 20th of the month with the first one showing a Dennis Dart from long gone local independent Swift Taxis. It was new to London Buses in June 1994 as L907 JRN with fleet number DEL7. Swift purchased the East Lancs bodied Dart from Collinson of Ribchester in Lancashire during November 2005. 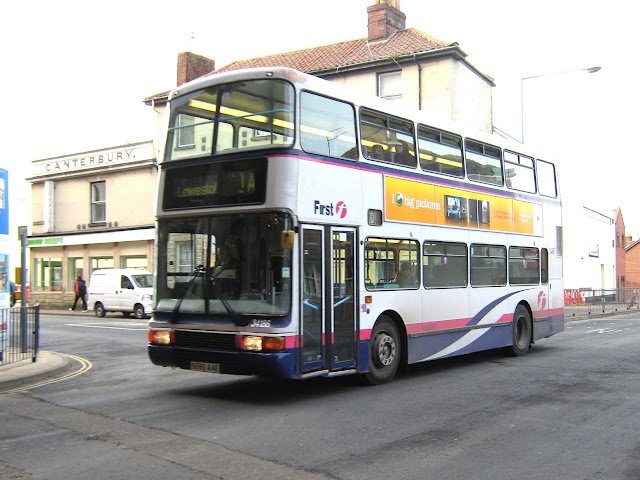 Our second photo from the same day was First Eastern Counties Northern Counties Palantine bodied 34186 S686 AEE. It is seen entering Market Gates Bus Station on the 1A service destined for Lowestoft Bus Station. It was one of many taking their last journey to Alpha Recovery for scrapping during 2015 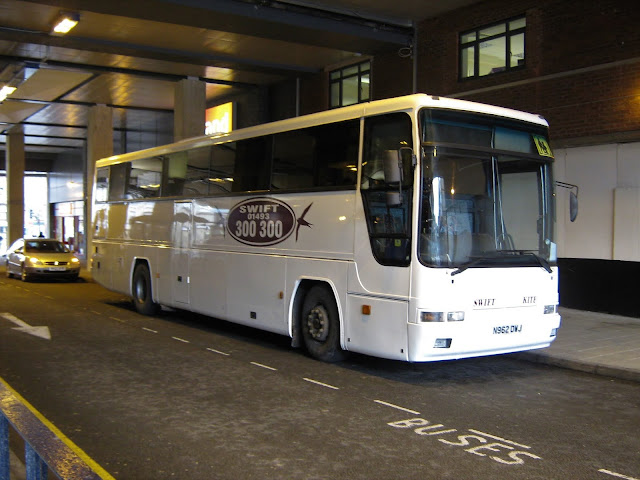 On the 24th another member of the Swift fleet arrived at Market Gates in the form of Volvo B10M N962 DWJ. In May 2014 I reported it had been disposed of to P & M Coaches of Wickford in Essex after being advertised for sale as spares or for repair. 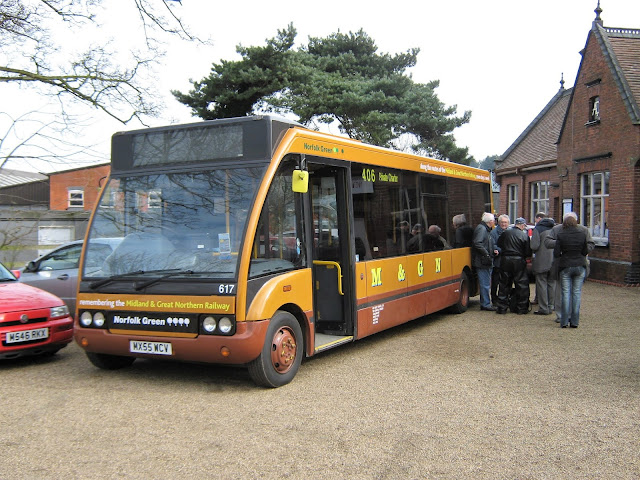 In late February the North Norfolk Railway held a commemorative gala to acknowledge fifty years since the closure of most of the Midland & Great Northern Railway system. Norfolk Green entered into the spirit of the occasion by having one of their Optare Solos re-liveried. Here 617 MX55WCV is seen in the yard at Weybourne Station on 27th 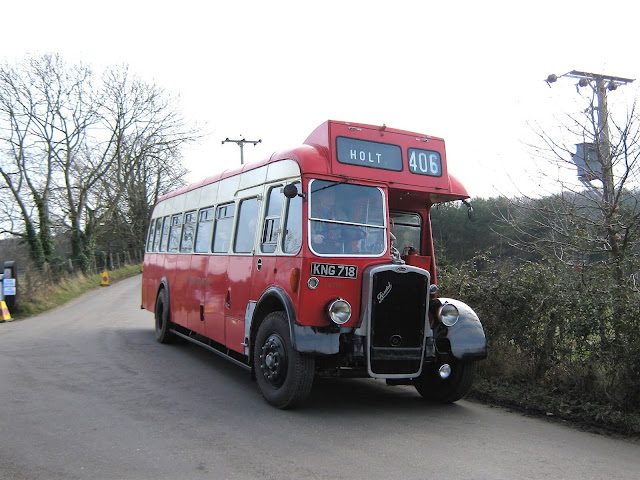 Later that day Eastern Counties Transport Collection's Eastern Coach Works bodied Bristol LL5G LL718 KNG718 was noted having just departed Weybourne Station on its way to Holt, New to 'Counties' in October 1950 it was sold to Anglian Building Products of Lenwade in 1967 and then to L V Carter of Colchester some eight years later

Roy
Posted by eastnorfolkbus at 16:42