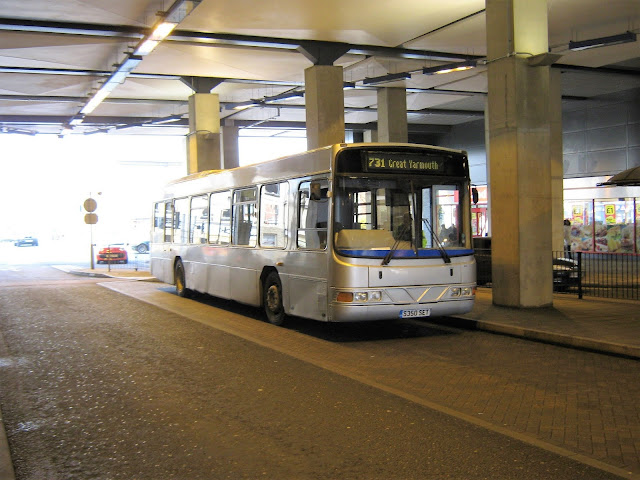 Our first is taken on 3rd of April underneath Market Gates Shopping Centre which is always a problem when trying to get a reasonable photo. This one shows Ambassador Travel's S350 SET having just arrived with the 731 service which was mainly to get students from the rural areas close to Great Yarmouth to the town's Sixth Form College at Gorleston. The Wright bodied Scania was previously with Irish Bus in the Irish Republic as 98-D-76402 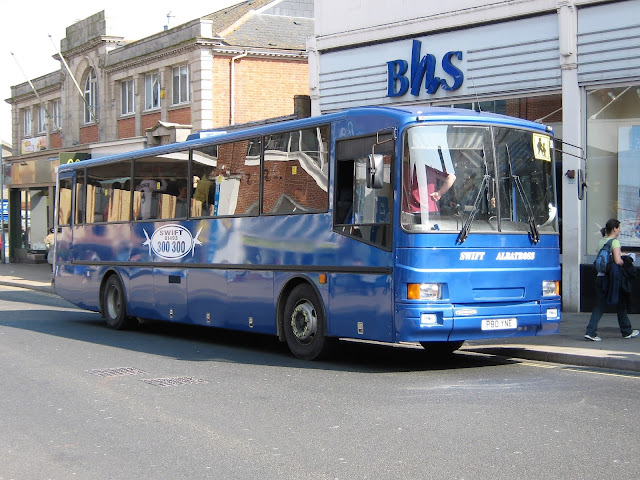 Another local independent was Swift Taxis and this is Dennis Javelin P80 YNE on the 21st which was named Swift Albatross. Unusually it was blue liveried and was purchased from Woodside Motors of Southey Green in Surrey during July 2007. It subsequently reverted to its P109WJO registration before moving to 3D Travel of Cleator Moor in Cumbria. 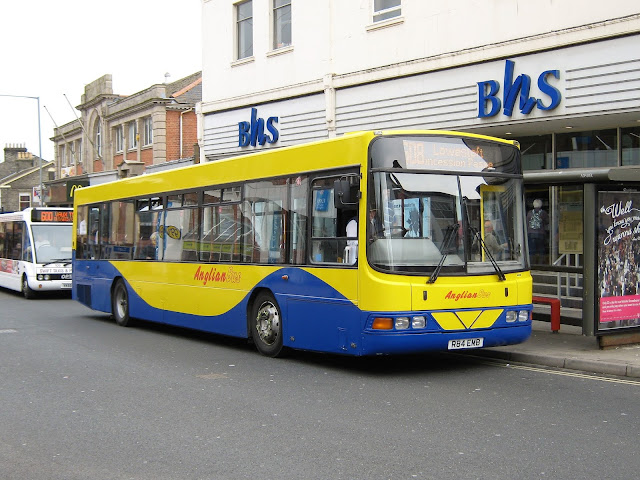 The third local independent to feature is Anglianbus of Beccles and their former Chester Wright bodied Scania R84 EMB was seen outside the BHS store on Regent Road on the 28th. It was subsequently sold to Mulleys Motorways in 2011 where it was re-registered MUI 7919 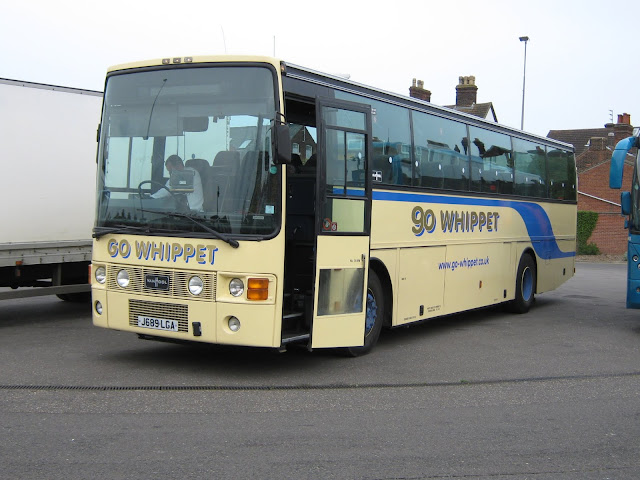 Our final contribution is Van Hool bodied Volvo B10M-60 J689 LGA from the Whippet fleet. Previously registered J460 HDS and LSK 498, it is viewed at Beach Coach Station on the 28th of April on one of the operator's coastal services. In November 2013 it was reported as awaiting collection by M C Tractors of Ramsey for scrapping.
Roy
Posted by eastnorfolkbus at 12:38