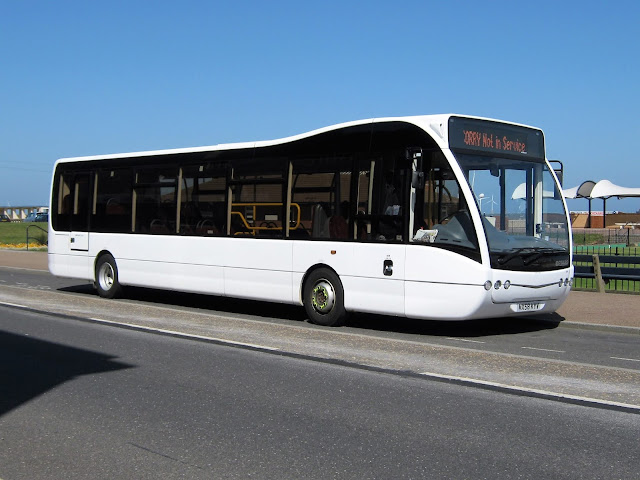 Our first is of Anglianbus Optare Versa 419 MX58 KYX pictured on North Drive on the 12th completely devoid of fleet names. Although new in October it was originally hired to Anglian but was later purchased by them. It later moved to Konectbus where it gained their livery and returned to the town when it was subsequently noted in those colours on a number of routes. 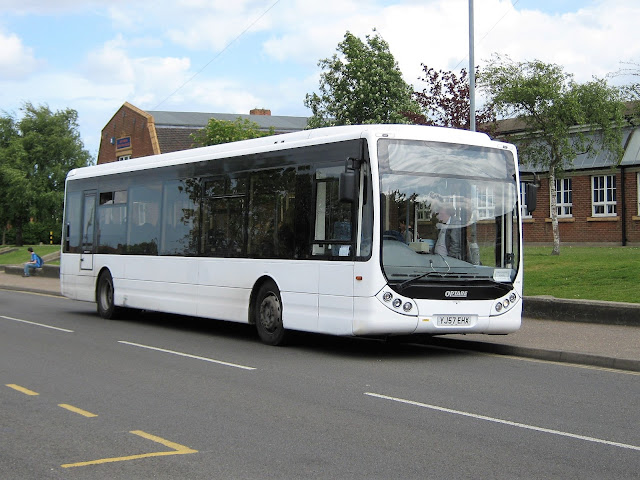 The second subject is Ambassador Travel's Optare Tempo YJ57 EHX outside the East Norfolk Sixth Form College in Gorleston on 18th May. It was new to them in September 2007 and later went to Norfolk Green and Stagecoach East as their 25126. Harrogate Coach Travel (Connexions Buses) later acquired it and was branded for their St James Retail Park to Harrogate service. Her latest owner is Lincolnshire operator Brylaine of Boston 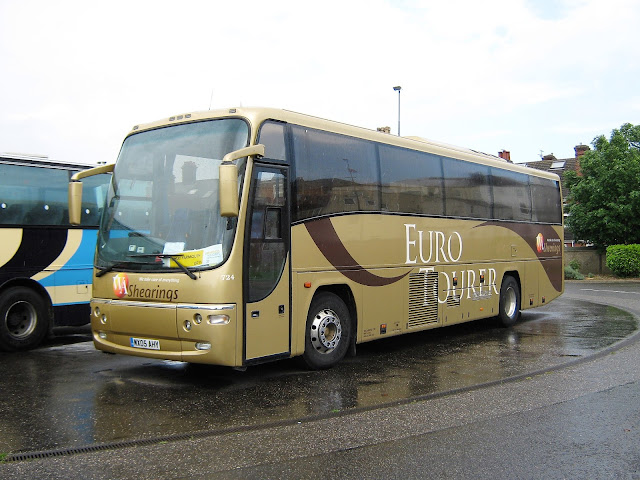 Our next subject is an operator once very common in the town. This is Shearings MX05 AHY parked at the town's Beach Coach Station on 19th May. The Plaxton bodied Volvo B12M was new in March 2005 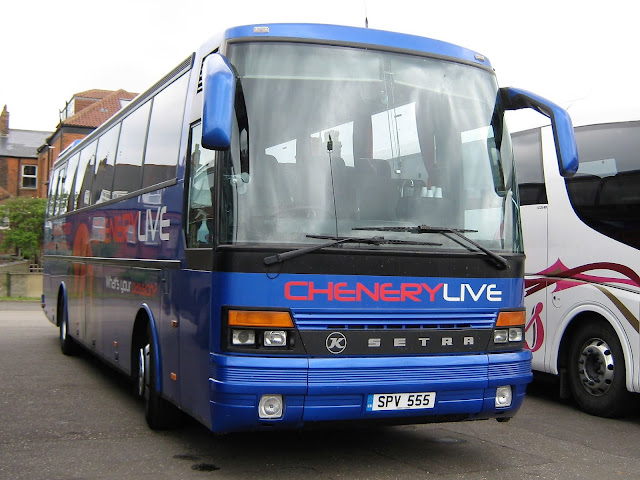 The final contribution is R W Chenery's Setra S250 SPV 555 at Beach Coach Station on the 28th May. It was new in May 1996 as N207 PUL. Chenery suddenly ceased trading in June 2016 having been placed into administration
Roy
Posted by eastnorfolkbus at 11:59