There have been some additional changes to the Our Bus fleet comprising an arrival and three departures reports Alex Claughton. 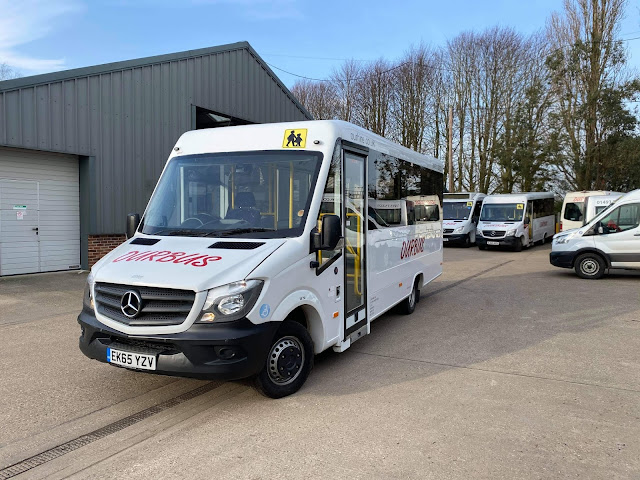 The newcomer is 2015 Mercedes Benz Trekka EK65 YZV and has been named George. It is similar to another already reported arrival EJ65 NZH which is now known as Roy.

More coaches are also due join the fleet soon and we will endeavour to provide details and photos as soon as they arrive. My thanks to Alex for the information and photo.