Not only has First Eastern Counties' routes 1, 1A and X1 been diverted from Gorleston High Street all this week (along with other services) they have also been diverted in Lowestoft for three days too. The former was due to gas mains work in the High Street whilst the latter was because of a burst water main on the A47 Yarmouth Road in the Suffolk town. 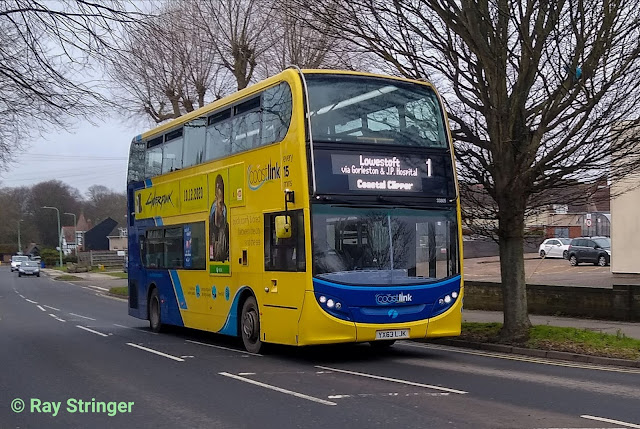 The Lowestoft divert was along Bentley Drive, Millennium Way, Oulton Road, Rotterdam Road and St Peter's Street, re-joining the normal route at the roundabout at the northern end of Katwijk Way. 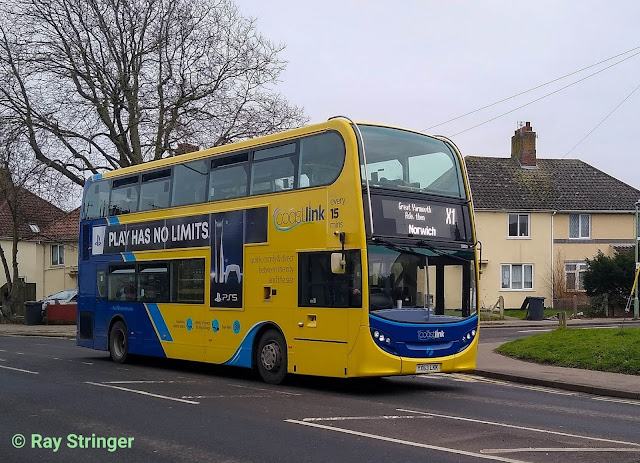 My thanks to Ray Stringer for the information and photos

Roy
Posted by eastnorfolkbus at 21:16