This week's Friday Flashback looks back at sightings during the early part of the month of July 2009. 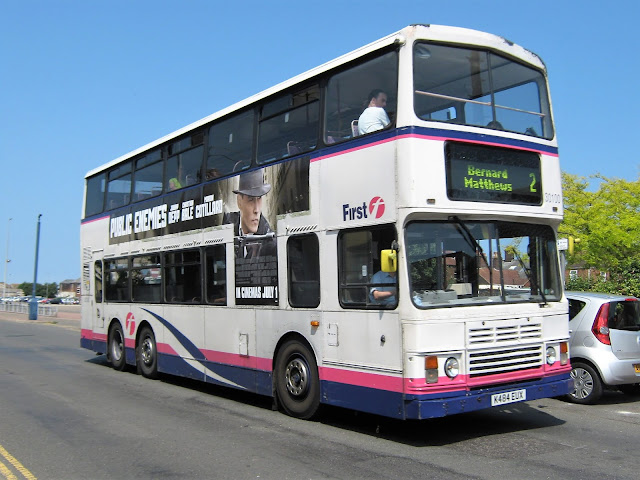 We begin with a photo of First Eastern Counties Leyland Olympian triaxle 30100 K484 EUX passing Beach Coach Station on a Bernard Matthews duty on 2nd July. New to China Motor Bus during 1993, it was one of ten delivered to Caister Road from Rotherham when they received Barbie 3 livery. It was previously with First Glasgow. Its demise came in July 2011 when it made a one way trip to Erith Commercials at Dartford in Kent for scrap. 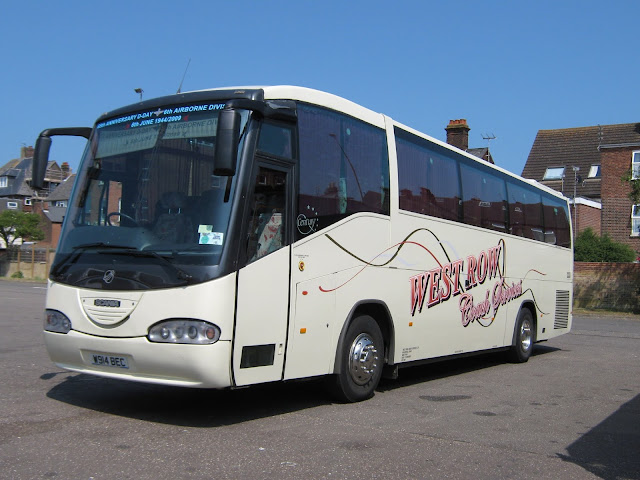 Next up is a regular visitor to Beach Coach Station seen on the same day. West Row Coach Services of Bury St Edmunds sent along Scania/Irizar W914 BEC. New in March 2000, West Row purchased it from Kirkham/Rigbys of Altham, Lancashire in February 2007. 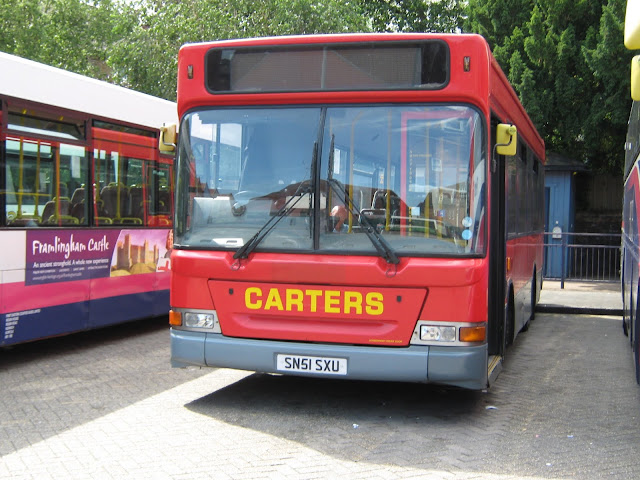 The following two pictures were taken at the Old Cattle Market Bus Station in Ipswich on the 4th of July. The first is of Carters' Dennis Dart SLF SN51 SXU acquired from London United in December 2008. 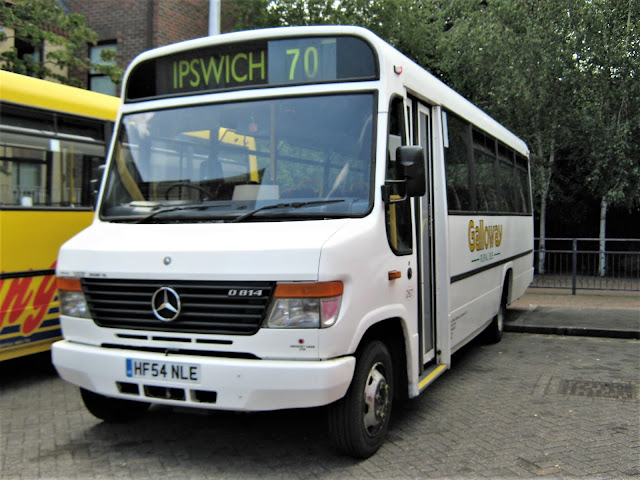 Our final photo is of Plaxton Beaver bodied Mercedes Benz O814D HF54 NLE from the Galloway fleet. New in 2004 it was bought from Romdrive of Melton in Leicestershire during March 2008. It is still very much active and, along with its previous Galloway companion HF54 NLG, is now with Seaford & District and they both look very smart following a recent repaint into the Sussex operator's livery.

Roy
Posted by eastnorfolkbus at 12:37