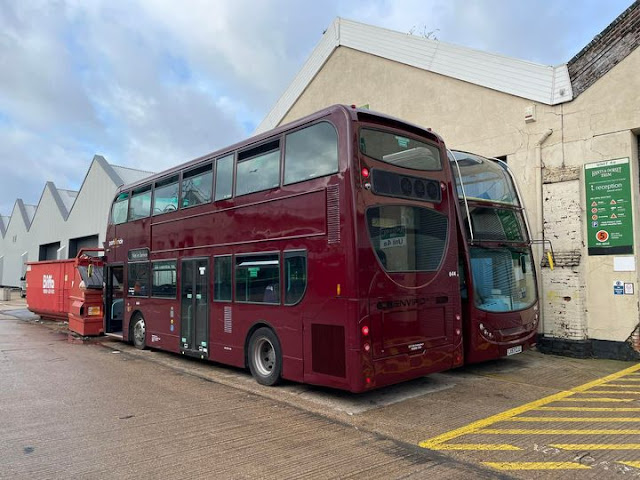 They were Alexander Dennis Enviro400’s LK08 FLJ and LX57 CJJ which have fleet numbers 644 and 645 and were formerly Go Ahead London EN19 and EN67 respectively. 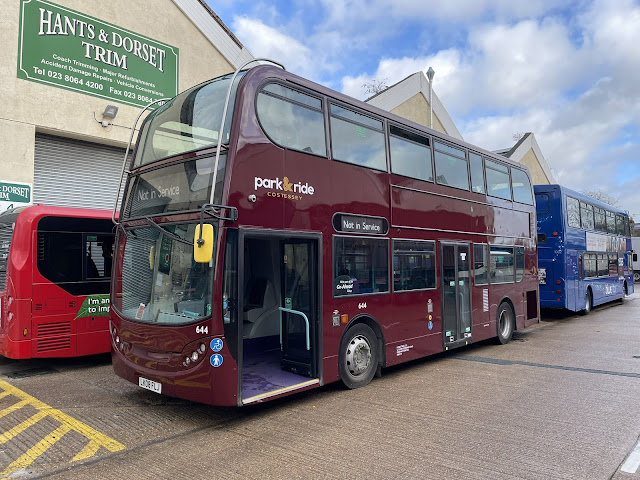 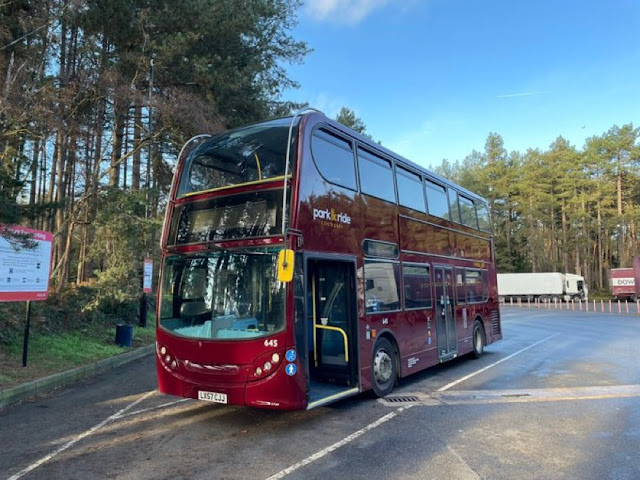 It is believed two others, LX09 FCD and LX09 FCE, have already arrived at Dereham and are confirmed to be receiving fleet numbers 646 and 647

My thanks to Konectbus for the photos and information and also to LiamS for his assistance in preparing this article.

Roy
Posted by eastnorfolkbus at 13:27