I begin by wishing you all a very happy new year with our first post reporting eight coaches seeing in 2022 in Great Yarmouth. 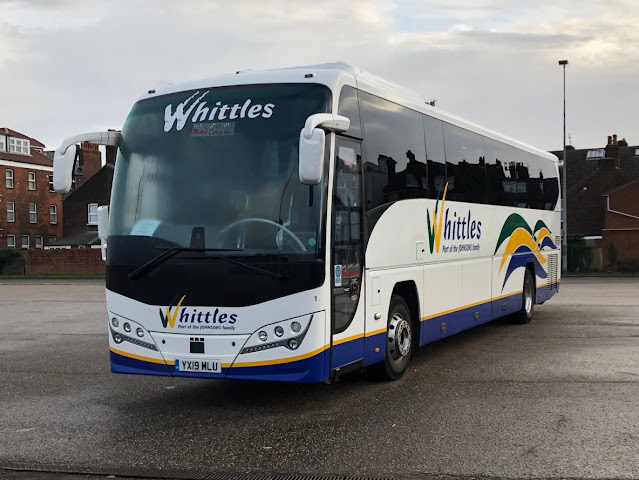 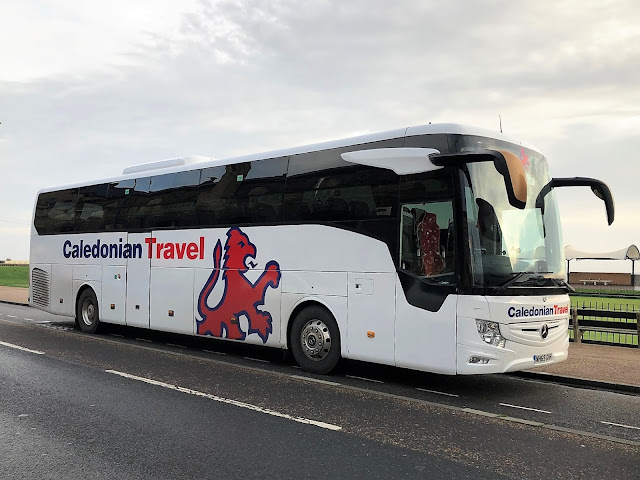 Next to The Arc Cinema on North Drive were two Mercedes Benz Tourismos - namely Caledonian Travel's BNH69 GHH and Alfa Travels's 115 BV19 YFK. The former was previously part of the National Holidays' fleet. 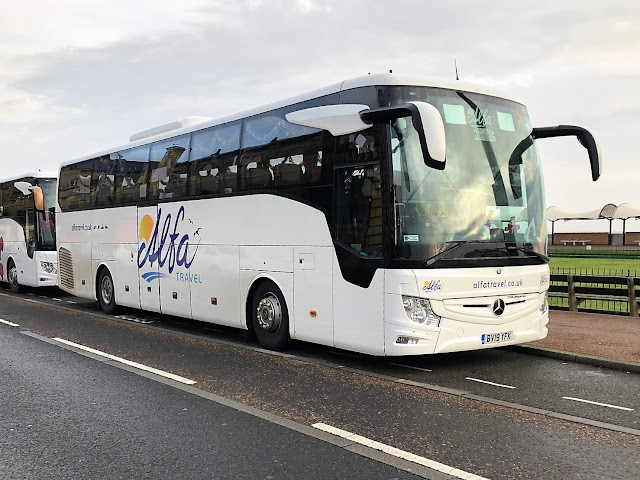 Another two Alfa Travel Tourismos in the form 118 BV20 HNB and 119 BV20HNC were located outside the New Beach Hotel. Both making many visits to the town in recent months 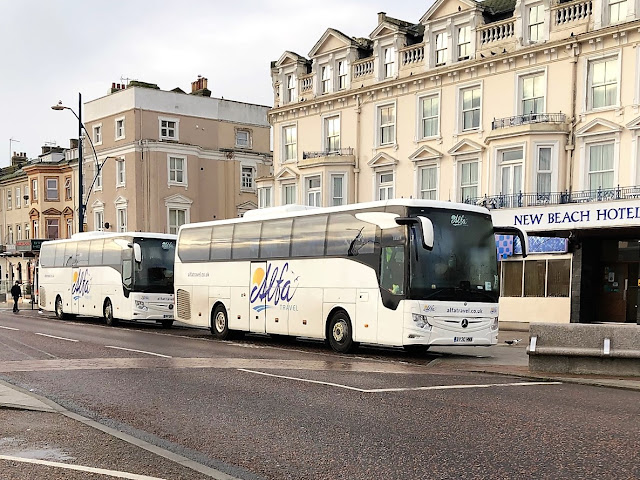 Heading south, two Shearings.com branded coaches were outside the Sealife Centre on Marine Parade. They were Temsa Safari HD12 RHD YJ19 BCO, operated by Llew Jones of Llanrwst, with Tourismo BU18 YTL from Watts Coaches based at Bonvilston near Cardiff bringing up the rear. The later was previously with the original Shearings. 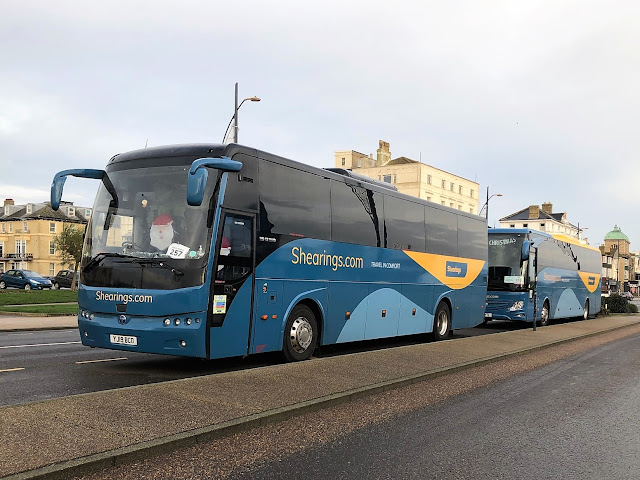 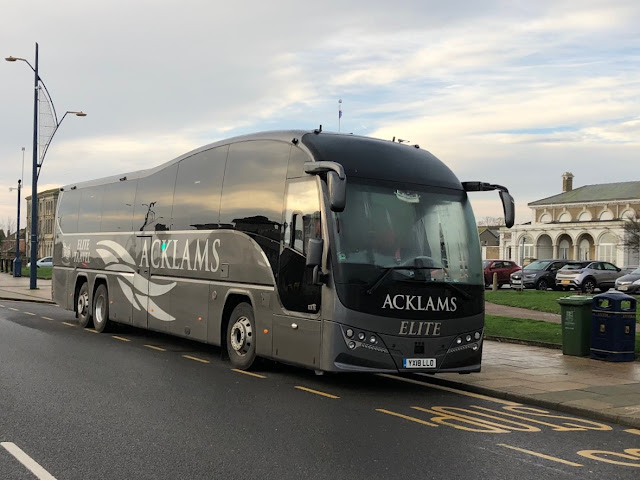 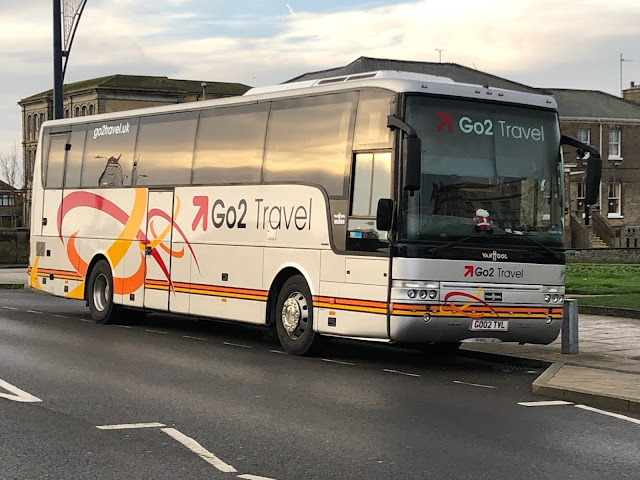 Roy
Posted by eastnorfolkbus at 20:14