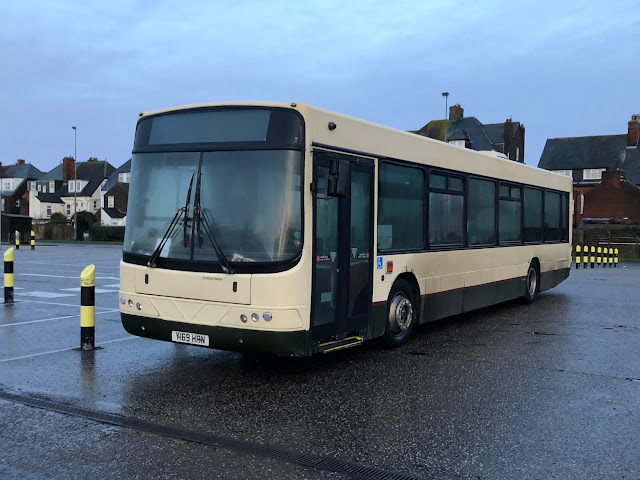 Angies Tours' Scania OmniCity Y70 PTS had left after a short period of residence over the Christmas break to be replaced their Volvo B10BLE/Wright Renown Y169 HRN. The single decker had been reported the previous day working rail replacement in the Colchester area. 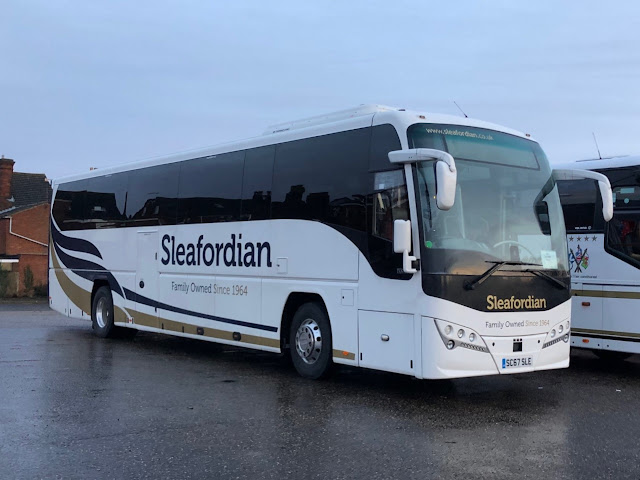 Among the four coaches gathered together at the southern end of the site was Sleafordian's Volvo B8R / Plaxton Panther SC67 SLE together with its friendly driver. 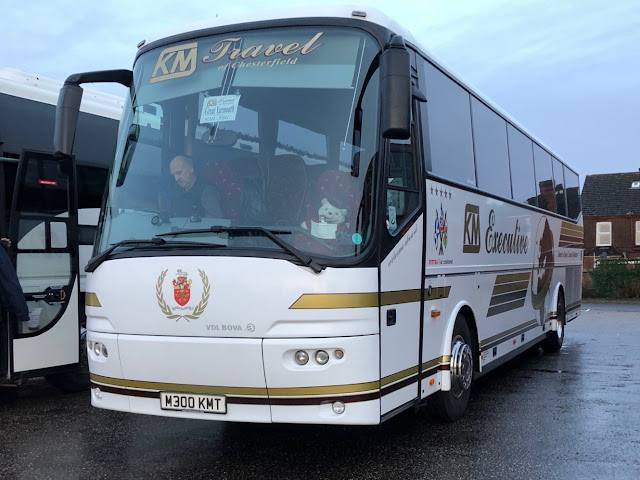 Next along the rank was Chesterfield-based K M Travel's Bova Futura bodied VDL M300 KMT, a regular visitor to the area. 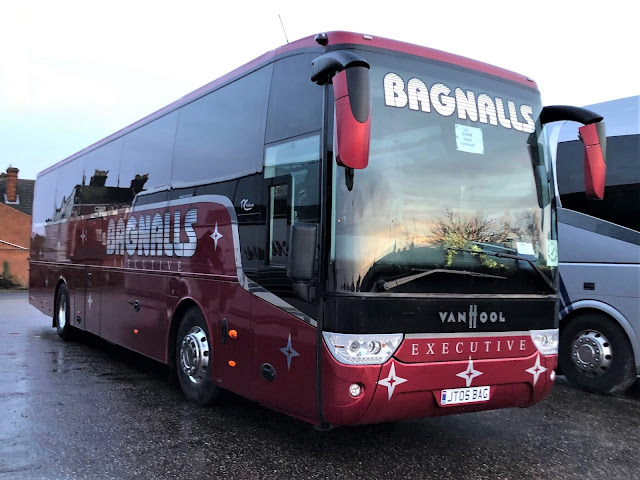 Third in line was Bagnalls of Swadlincote's Van Hool TX15 Alicron JT05 BAG. It was previously YJ13 GYU when with Landtourers Coaches of Alton, Hampshire. 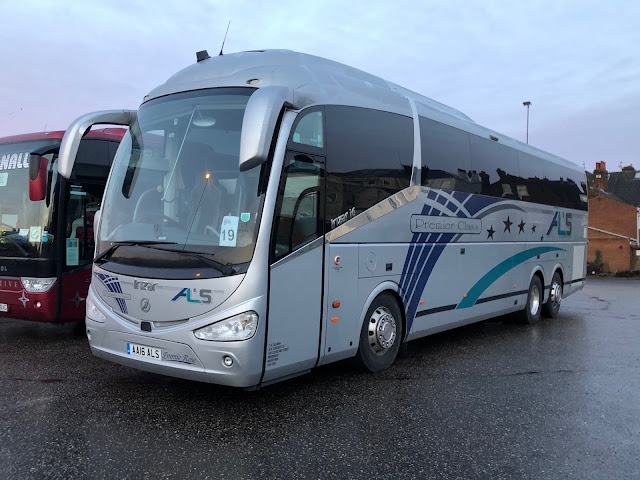 The final visitor was Al's Coaches Irizar i6 AA16 ALS which, together with SC67 SLE and JT05 BAG, were chartered to Alfa Travel

Roy
Posted by eastnorfolkbus at 07:45