David Bell paid a visit to Thursford on Thursday and thought we might like to see a selection of coaches which turned up for the afternoon Christmas Spectacular. 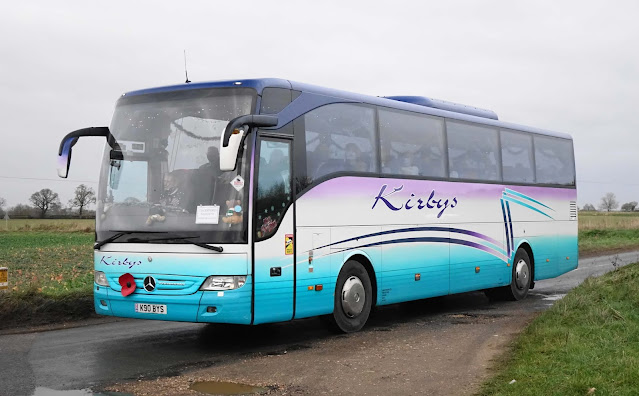 Numbers were down on previous years - he counted 15 attending two of which he missed his photo opportunity. In past years 20-25 would have been the normal turnout. 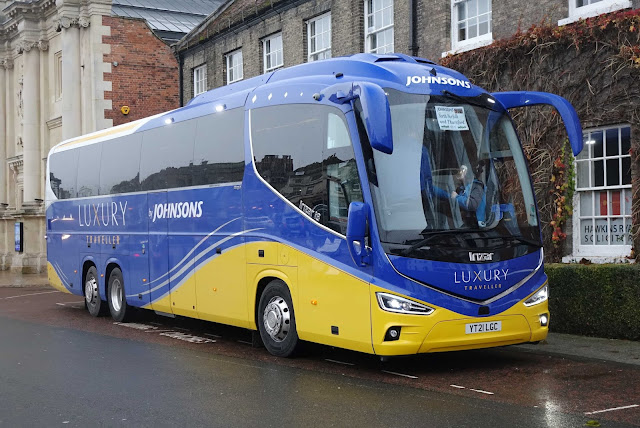 David also included a shot taken in Kings Lynn on Tuesday of a Johnsons of Henley in Arden Irizar picking up its passengers in Tuesday Market Place prior to departure to Thursford. 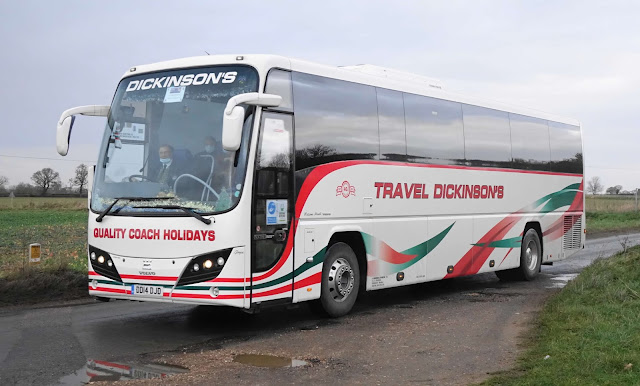 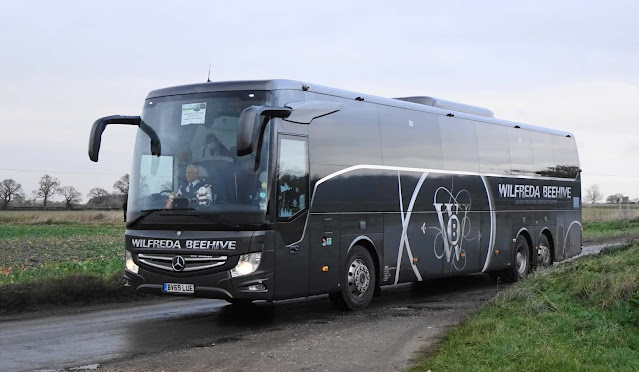 Apart from Johnsons the other operators represented were Alfa Travel of Chorley, Kirbys of Rayleigh, Dickinsons of Wrangle, Wilfreda Beehive of Adwick-le-Street near Doncaster, Wrights of Newark and Klarners of Colchester. 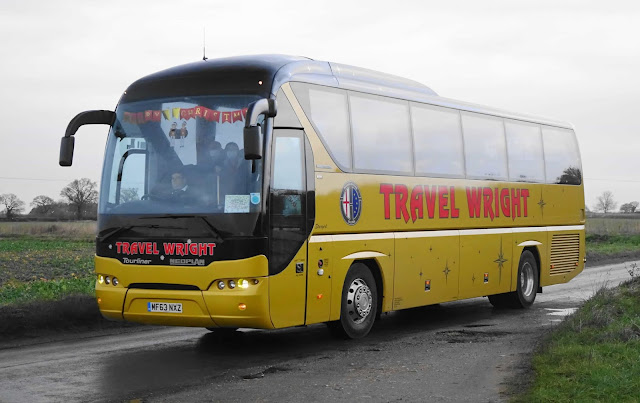 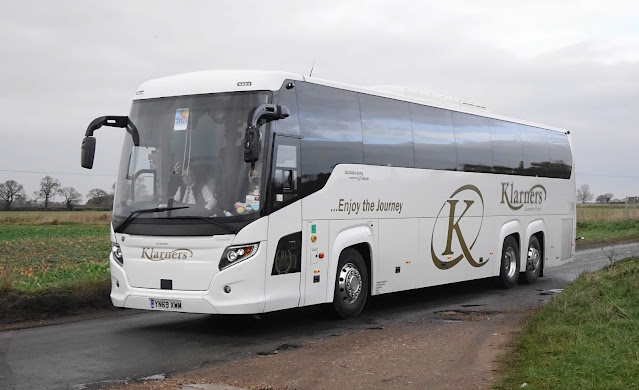 My thanks to David for the information and photos, which included a picture of Alfa Travel's 101 BN17 JCU (See Nine Coaches in Town - 7th December 2021) which I recorded at Beach Coach Station on Tuesday
Roy
Posted by eastnorfolkbus at 10:47