A total of nine coaches were observed in my usual tour of the Great Yarmouth Seafront area and Beach Coach Station early this morning. 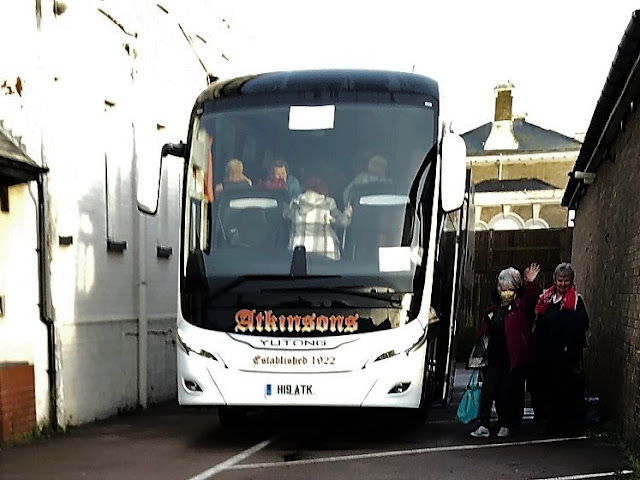 Travelling from south to north, my first observation was that of a Yutong GT12 tucked away in the yard of the Hotel Victoria on Kings Road. H19 ATK is owned by H Atkinson and Son of Ingleby, Arncliffe at Northallerton and was new in March 2020. I received a cheery wave from one of the passengers (or was it the guide?) preparing to embark 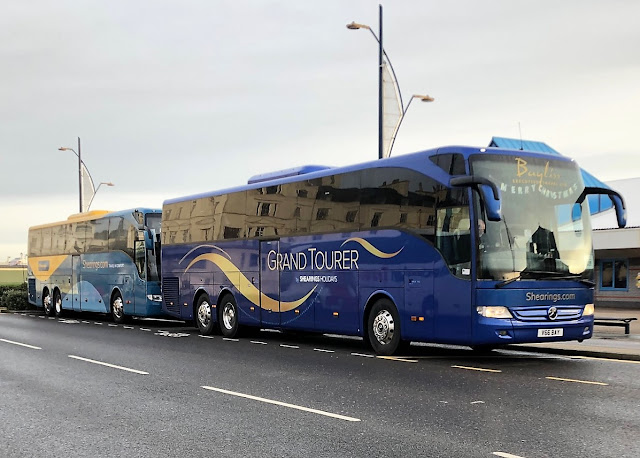 Turning north onto Marine Parade I was almost immediately faced with three coaches parked on either side of the road. Next to the SeaLife Centre were two Shearings.com branded vehicles; reminiscent of the good old days when Shearings used have a regular presence there first thing in the morning. At the front was Bayliss Executive Travel's Mercedes Benz Tourismo V66 BAY whilst at the rear was Lew Jones of Llanrwst's similar LJI 3740. The former was new to the original Shearings as BN17 JTU in April 2017 whilst the latter was new to them in June 2018 as BU18 YTL 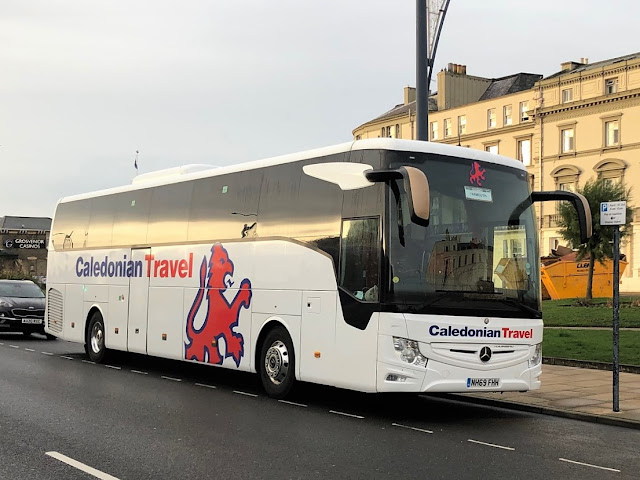 On the opposite side of the road was yet another Tourismo and this time it was Caledonia Travel's NH69 FHH, formerly with National Holidays. 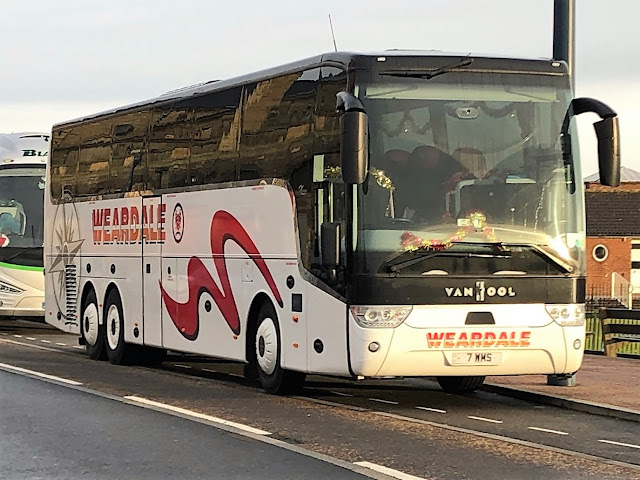 Continuing northwards, another couple were situated next to the Britannia Pier on North Drive. 7 WMS was a Van Hool Alicron from Weardale Motor Services of Stanhope, Bishop Auckland. 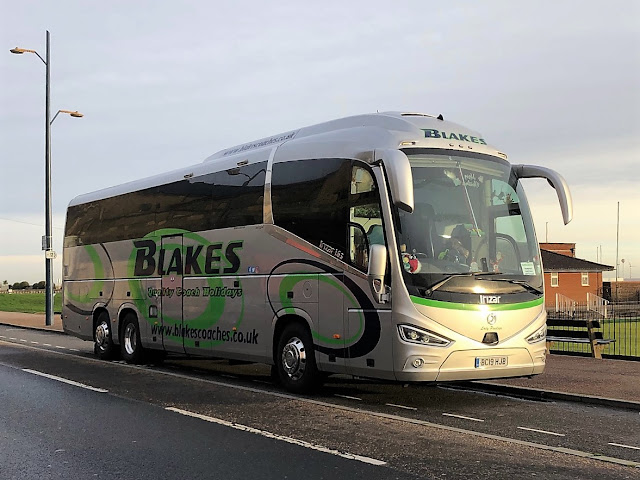 Behind was grey and green liveried Blakes Coaches' Irizar i6s BC19 HJB. The vehicle is usually based at East Anstey, Tiverton and had been entered in the UK Coach Rally at Blackpool in 2019 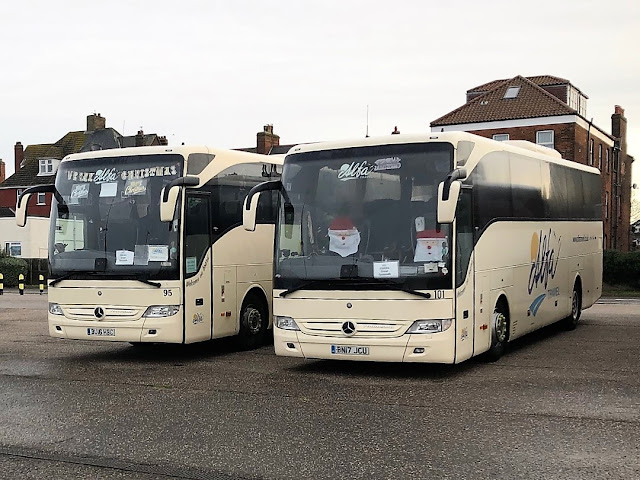 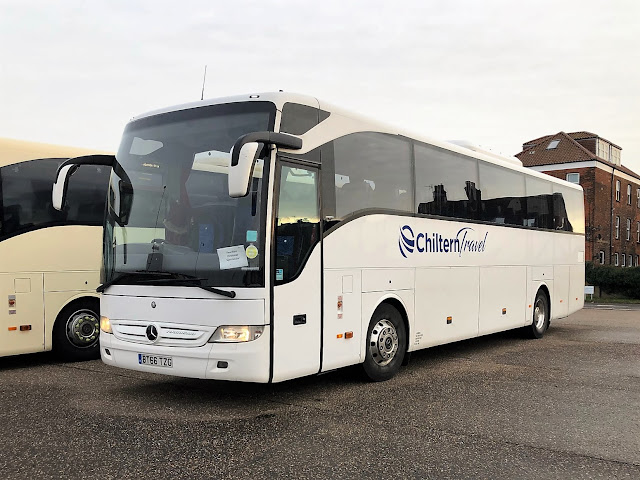 Our final photo shows Chiltern Travel's BT66 TZG - yet another Tourismo. The friendly lady driver didn't want to appear in my photo as she 'hadn't done her hair yet'!
My thanks to Robert Kelly for information regarding the former identities of the Shearings coaches
Roy
Posted by eastnorfolkbus at 22:06