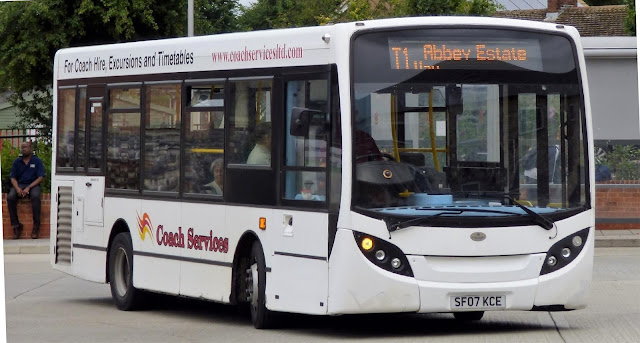 The 29 seater, which left the operator just before Christmas, was originally acquired from Hansons of Wordsley in the West Midlands in January 2009 but was new to Whitelaw of Stonehouse 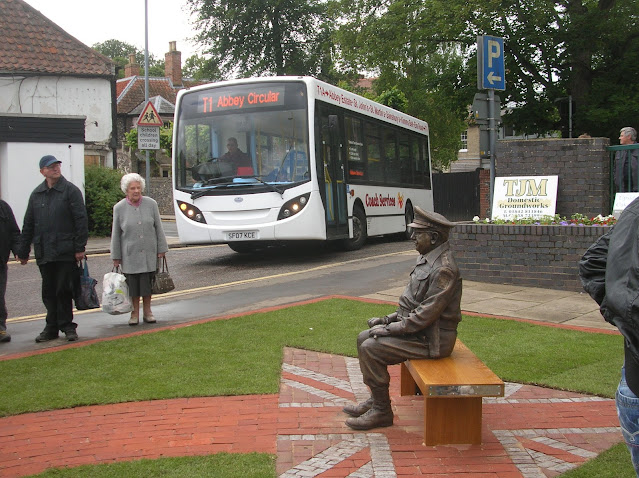 David Slater sends in a photo of SF07 KCE entering Thetford's old bus station on 10th June 2010. It is seen passing the statue of the Dad’s Army character Captain Mainwaring which had been unveiled earlier that day.

My thanks to Omar for the report and to Zak Nelson and David Slater for their photos
Roy
Posted by eastnorfolkbus at 14:03