For the fourth year running, Norwich is able to offer free travel around the City Centre in a London bus from 20th December until Christmas Eve 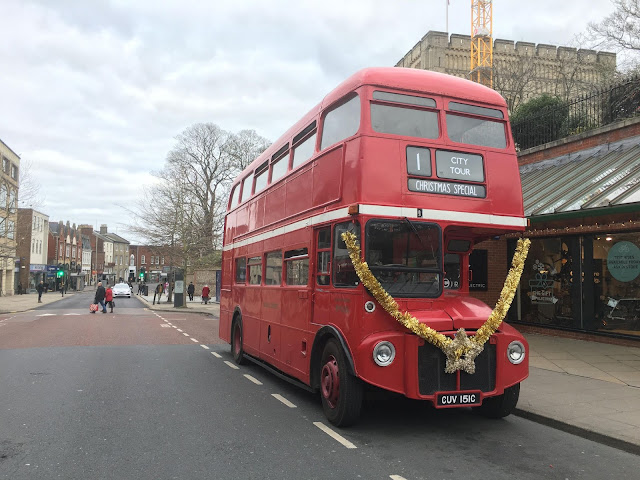 A restored 1965 London Transport Routemaster is offering shoppers free rides on a circular route of the city so they can soak up some of the festive atmosphere. The bus, which operated in London until 2005, is being run by a team of bus enthusiast drivers and conductors all suitably dressed for the festive season.

Buses depart from Castle Meadow frequently between 10.30am and 3.30pm each day and, whilst services are free, donations are being accepted which will go to the cancer charity Big C.

My thanks to Dan High for the photo of the Routemaster in service yesterday and I believe another ex London bus, the East Anglia Transport Museum's RT3125 was also in use.

Roy
Posted by eastnorfolkbus at 10:06