With apologies for using Toyah's hit record title of the early 1980s to describe the quandary I am in. Some of you may not know or choose not to know of the existence of that!
Paul Goodman has recently sent in a request asking me to identify a double deck bus he saw in the grounds of one of the Beccles schools. 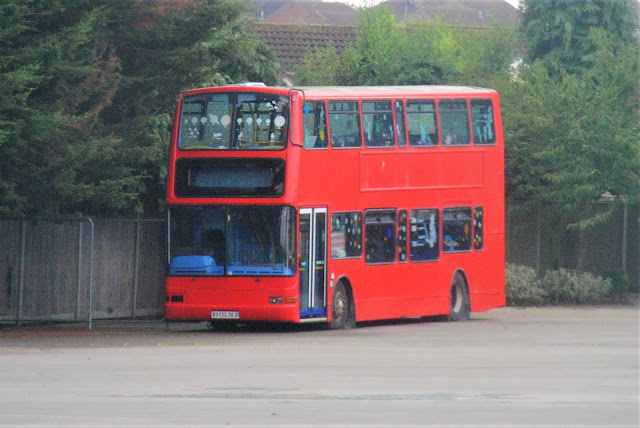 It has an unusual (foreign?) registration of B3 CCL 35 2A as far as I can discern from the photo. However, it is right hand drive with the window arrangements on the nearside appearing to be quite unusual. The lower floor arrangement suggests that alterations may have been made previously - possibly a conversion to a café serving hatch which has subsequently been replaced?

Paul has not identified which school has the bus but would be pleased to know its true identity and perhaps any of its history. So would we!

Looking forward to receiving your responses either here or via email to eastnorfolkbus@yahoo.com.
Identity Solved
I am overwhelmed by the response I have received to this request in such a short period of time. At the beginning Colin Oakley was among others suggesting it was not a foreign plate but one specially created to look like BECCLES SA or 5A 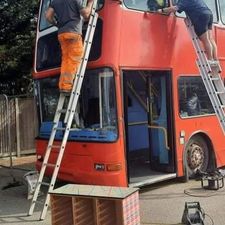 Patrick Munford agreed suggesting it was one of the ex Border Bus deckers going by the blue and white entrance doors which I had missed
Lorraine Reade suggested the registration was for Beccles Primary Academy and didn't realise it was now painted red. Tyson Dundas sent a photo of the repaint under way.
The comments reminded me that I had compiled a post of when it was acquired by the Academy in October 2019
So to summarise it is former Border Bus Volvo B7TL/ Plaxton X647 LLX and it being painted red threw me off course. A later post shows the same fence behind the bus. Finally, my thanks to all of you who responded and I knew you would come up with goods!! Paul has now found his answer to the true identity
Roy
Posted by eastnorfolkbus at 10:34