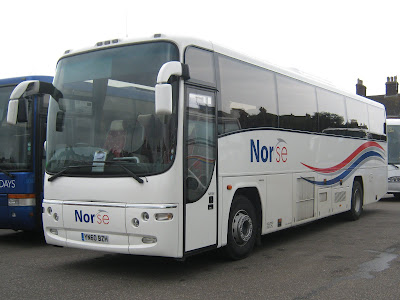 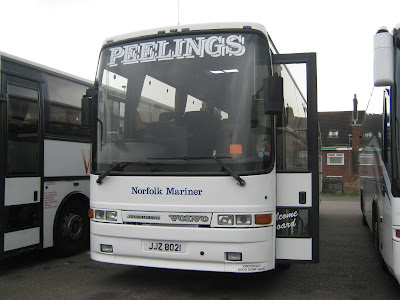 Just after 3pm, First Eastern Counties Gemini 37160 (AU07DXX) left Market Gates with a full load on the X1 to Peterborough with sister 37567 (AU58ECF) immediately taking her place on the stand; also  Peterborough bound. It's unusual to have the two vehicles there at the same time - perhaps the first vehicle had experienced some delays.


A little before 4 pm at least six vehicles were vying for space to pick up passengers in front of the Troll Cart Public House for their homeward journey. 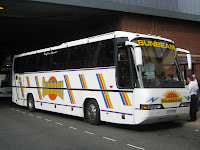 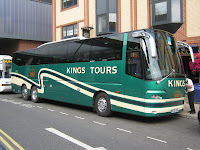 Colchester-based Kings Tours' KC08ABC beat Sunbeam of Norwich's T777TSM to the pole position with the two Belle Coaches (seen earlier) also in the line. The other two unidentified coaches were from local operator Reynolds and another representative from Kings Tours.
Posted by eastnorfolkbus at 19:10