Continuing the Saturday shopping in Norwich - time also allowed for some observations in St Stephens Street; one of the major shopping streets in the city.

Firstly the new Geminis were very much in evidence on the 25's. Here 36176 (BD11CGE) passes Volvo B7RLE 69006 (AU05DMF) then awaiting its next duty. The latter was formerly a Great Yarmouth based vehicle. 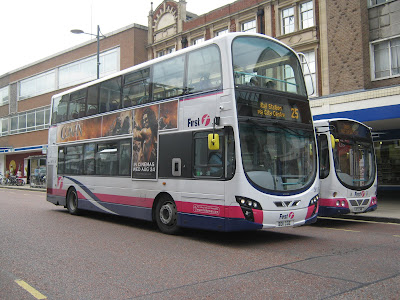 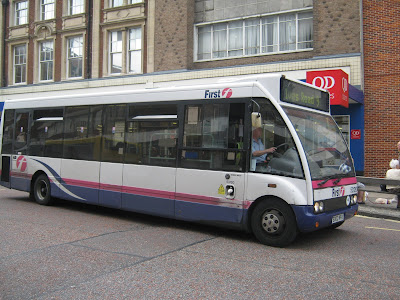 Finally, First Trident 33238 (LT52WVG) was seen adorned in a livery promoting the forthcoming digital television switchover in November this year. 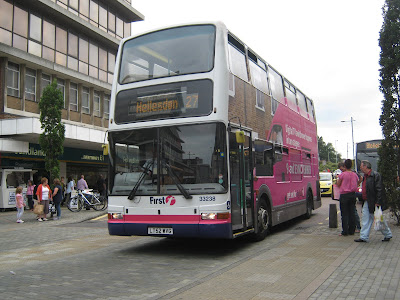