As National Express East Anglia runs its summer holiday trains from London to the town until the end of the month, Reynolds continues to provide a shuttle service between the station and holiday centres in Great Yarmouth, Caister, California and Hemsby. 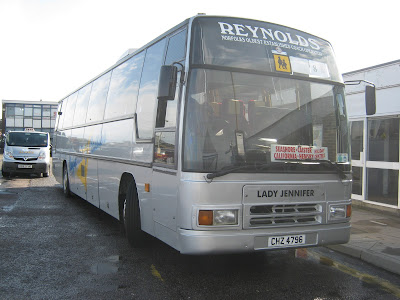 Today the service was being provided by their Dennis Javelin CHZ4796 (formerly J799FTS) which is seen outside the station awaiting its passengers off the iminent London train.

Hiding in a car park at the rear of the station was another Dennis Javelin - this time Smiths Coaches FN02HGY. It is not known whether it was between workings or was due to operate on rail replacement as engineering work was due to take place later in the day. 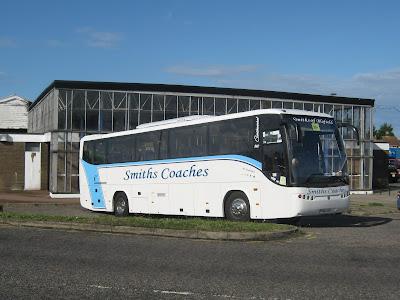 FN02HGY is also one ot the entrants due to appear at the Showbus event being held at the Imperial War Museum, Duxford tomorrow (18th September)
Posted by eastnorfolkbus at 22:06