A total of 40 buses and coaches attended this year's Norwich Bus Rally which was held at the Norfolk Showground on the outskirts of Norwich on Sunday .

Mark P visited the rally and has provided some photographs of old and not so old vehicles in attendance. First up is the former Eastern Counties Omnibus Company's Bristol RELL WNG864H. She has Eastern Coach Works bodywork. 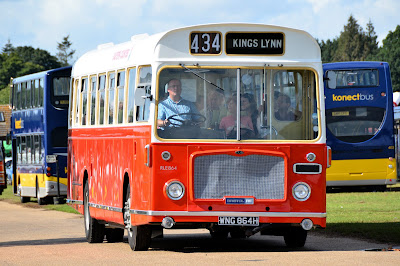 Also on show was one of the First Eastern Counties' new Gemini 2s 36169 (BD11CFO) which normally operates on Norwich City Services. 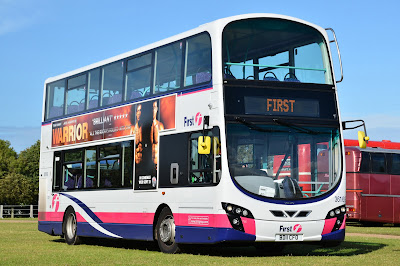 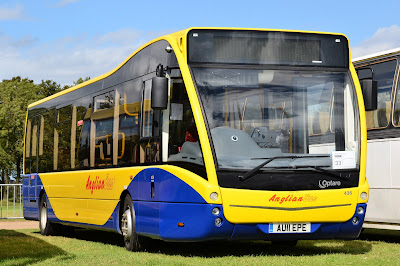 Another noteable appearance on the day was former Lowestoft Corporation No.12 PBJ2F, a Leyland PD2/Massey double deck bus - see my earlier post for report/picture of this vehicle.
A full list of the vehicles attending the rally can be viewed on the Eastern Transport Collection's website
My thanks to Mark P for allowing me to use his photos.
Posted by eastnorfolkbus at 10:42