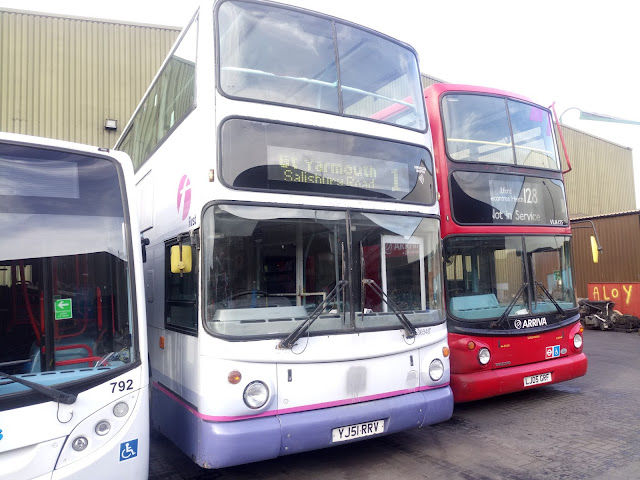 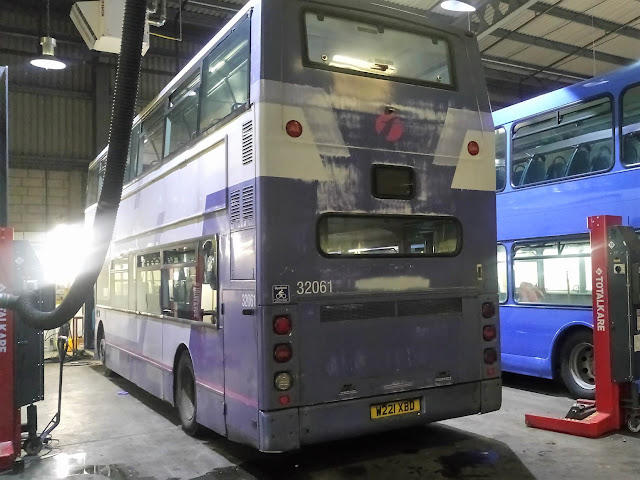 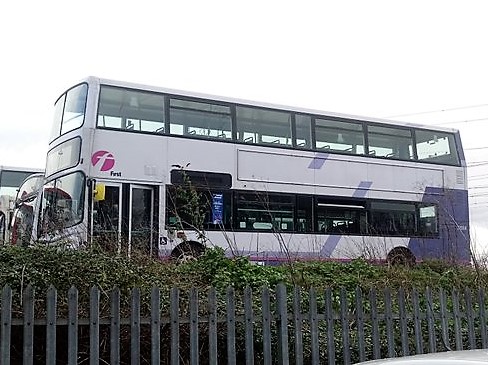 The final member of the quartet was former First Lowestoft 30901 W756DWX which arrived from First Essex in February 2013. All vehicles are at Ensign for component recovery after which they will be sent for scrapping My thanks to Steve for the photos

Roy
Posted by eastnorfolkbus at 11:04