Great Yarmouth based Volvo B7TL/ALX 400 32062 W422SRP has been taken to Ensignbus this morning from Caister Road Depot. It will be used as a source of spares before being scrapped.

It was new to First Leicester in September 2000 as its 222, it also served a spell with First Northampton before moving to Norfolk in February 2014. The batch of 32058/9/61-65 came to Eastern Counties in the old Barbie livery and were all repainted in the new livery by July 2014 with 32059 gaining the Heritage Great Yarmouth Transport Livery. 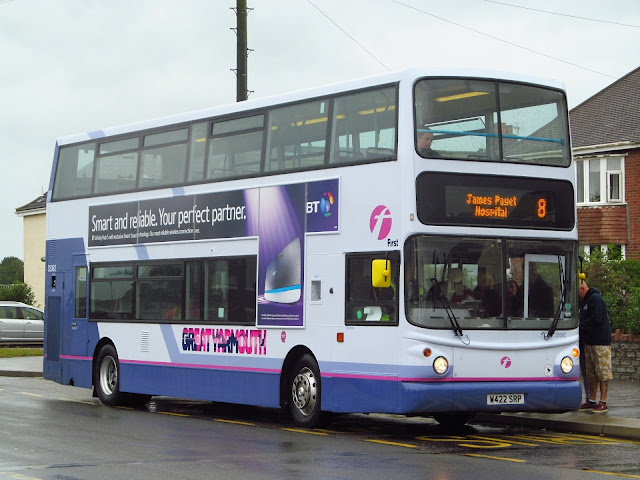 32062 is pictured above in a damp Beatty Road in July 2014 shortly after gaining the new livery.

Thanks to First for the photograph this morning.