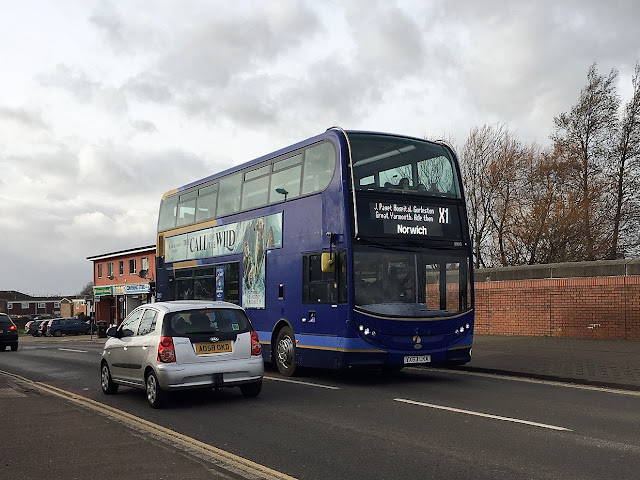 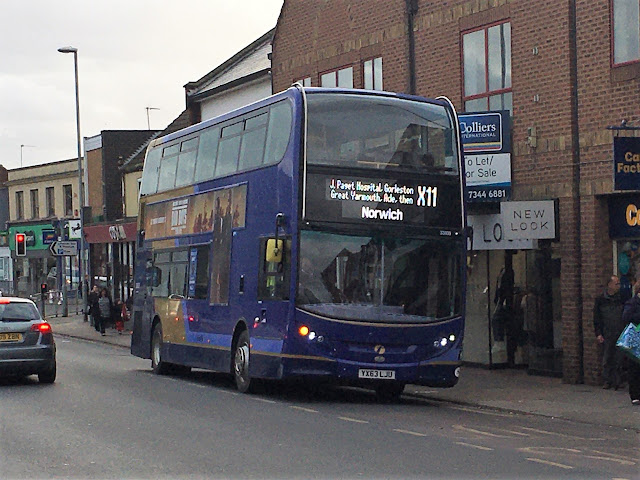 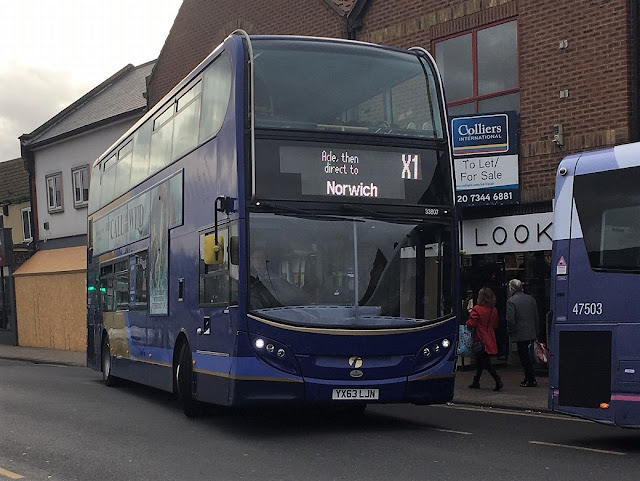 Later at the same location was 33807 YX63LJN which was negotiating its way around a StreetLite with the 14:30 X1 from Lowestoft

Since the original version of this post I have now been made aware of the expected allocations as regards to the Enviro400s.  33803/5-13 will be for Great Yarmouth, whilst 33814 upwards are planned for Lowestoft.

Roy
Posted by eastnorfolkbus at 20:33