Following the upgrade of the Excel service between Norwich and Peterborough earlier this week, some of the cascaded Enviro400s have begun to appear on local services with the X1/X11 routes having priority. 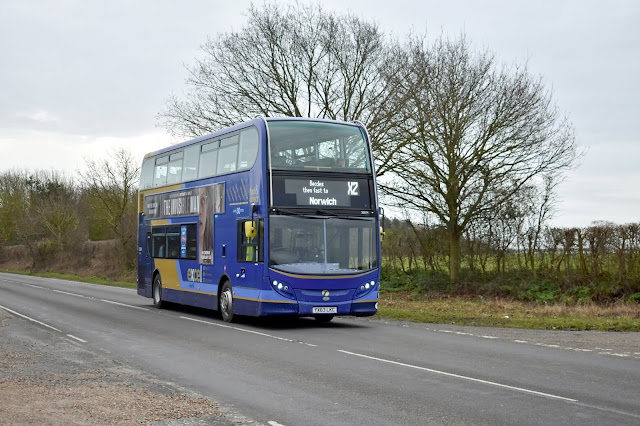 However, Zak Nelson reports that some were also appearing on the Lowestoft to Norwich corridor this morning. The photo shows 33814 YX63LKC on the X2 near the Stockton roundabout. It is now a Lowestoft bus but still retains some of its Excel branding 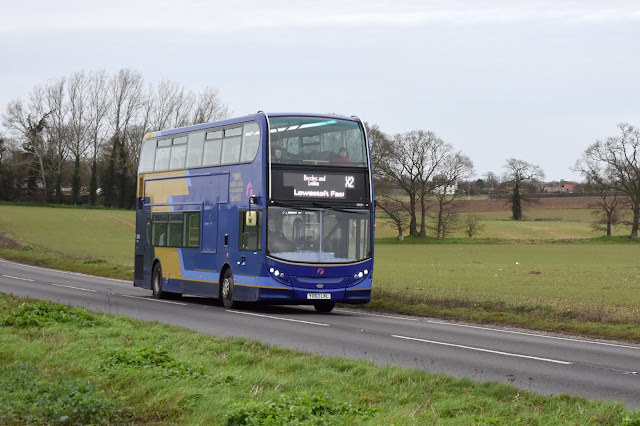 Another example was unbranded 33821 YX63LKL employed on the X2 on its way Lowestoft. 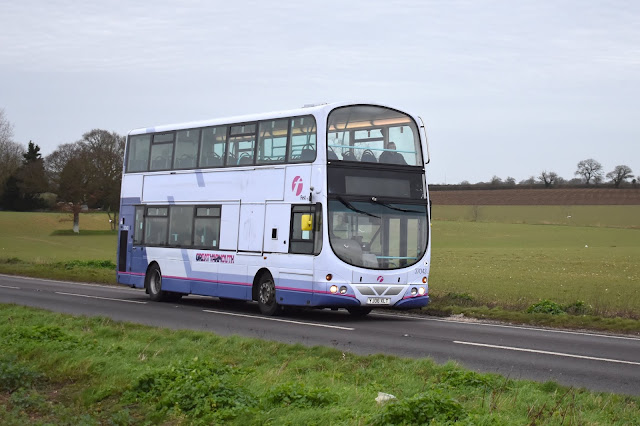 On loan at Lowestoft is Great Yarmouth Gemini 37043 YJ06XLT which was employed on the X22 service. Zak took six photos of it with the destination screen failing to come out on any of them! 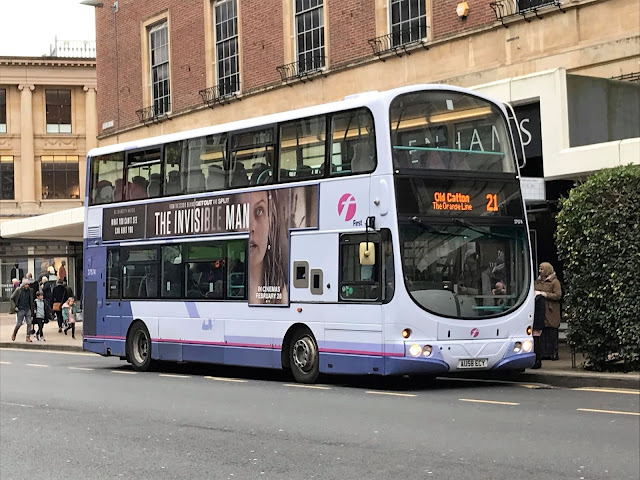 The transfer of the Enviro400s to the east coast means that some of the Wright Eclipse Gemini bodied Volvo B9TLs will be heading for Norwich with 37574 AU58ECY being the first to do so. It is seen here in the 'fine city' this morning in a photo provided by LiamS

My thanks to Zak and LiamS for the photos

Roy
Posted by eastnorfolkbus at 12:26