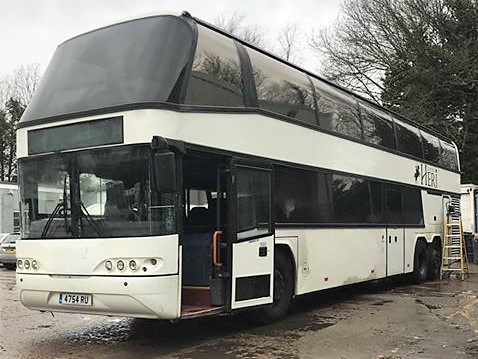 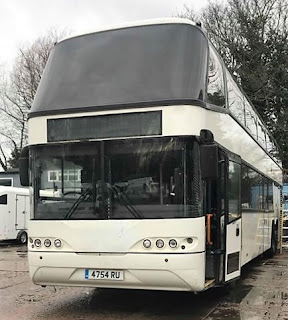 The 81 seat double deck coach was new to Stagecoach Thames Transit in July 2004 as KP04GKF for Oxford Tube duties. It subsequently saw service with Omega of Fillongley, Warwickshire and more recently with Round and About Limited of Horsham, West Sussex.

Dolphin acquired it from the latter which traded as Heritage Coaches. The operator had ceased trading at the end of December 2019

My thanks to Jackie for the photos