With the clocks going back and the cooler nights returning, Friday Flashback looks back to the summer of 2008. With many pictures in the library for July the second part will appear next week 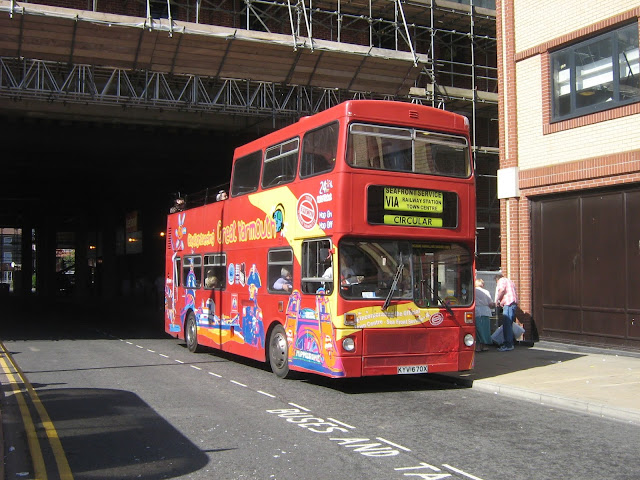 We begin on the 1st with the appearance of Awayadays partial open topper MCW Metrobus KYV 670X awaiting passengers at Market Gates for its next trip along the town's seafront. 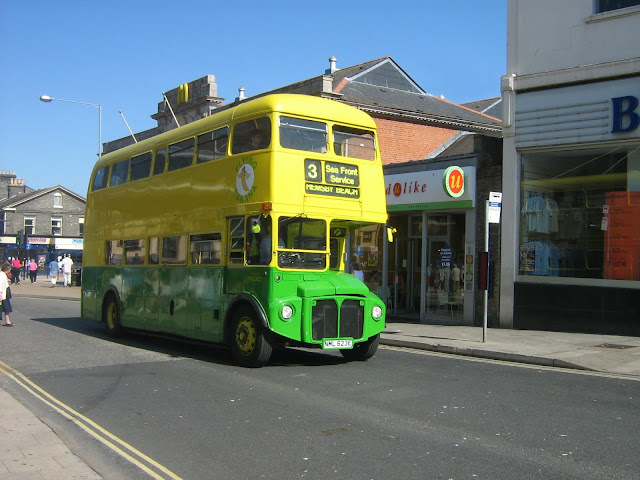 Also in use during that summer season was First's three Routemasters in different liveries and this was 39623 NML 623E, the Flying Banana version, on its way to Hemsby Beach on the 8th 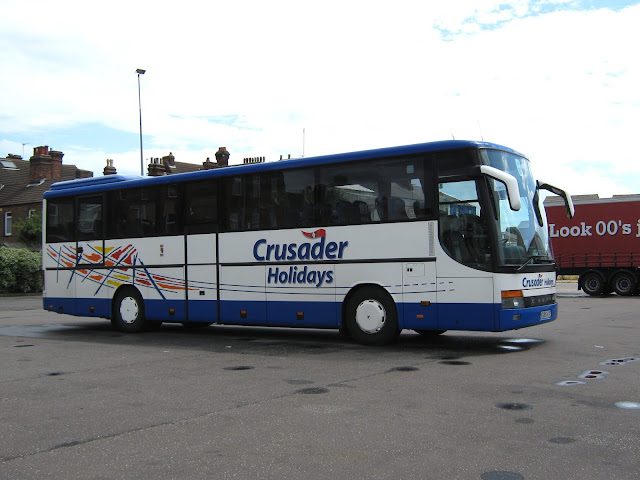 At Beach Coach Station that day was Crusader Holidays Kassbohrer Setra S315GT-HD EU05 AVT. New to them in March 2005, it later saw service with Hammonds of Nottingham and Scarlet Band Motor Services of Ferry Hill, County Durham where it was reregistered BU51 GHT 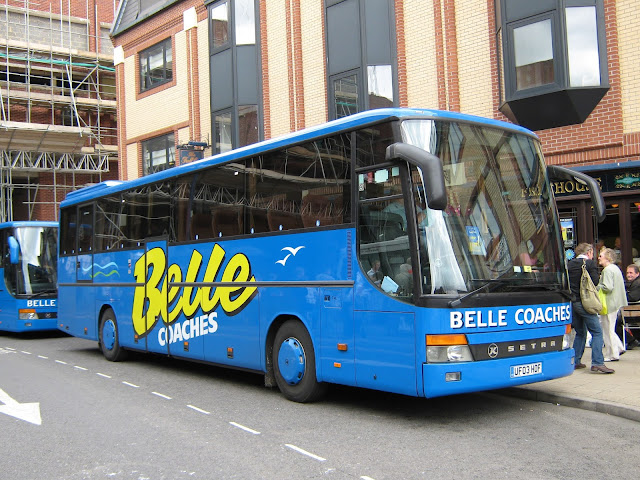 Returning to Market Gates on the 16th, we observe Belle Coaches (Shreeve & Sons) similar UF03 HOF. It was new to Hellyers of Fareham in Hampshire in June 2003. It passed to Shreeve in December 2006 and was given its later mark of OJI 4758 in December 2010. 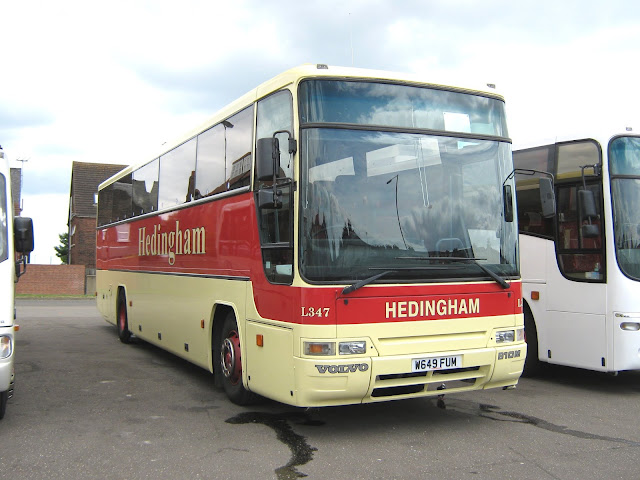 Our final photo is of another Hedingham visitor to Beach Coach Station on the same day and this time it was W649 FUM. The Plaxton Premiere bodied Volvo B10M-62 was new to Wallace Arnold in March 2000 and is now privately preserved
Part Two appears next week
Roy
Posted by eastnorfolkbus at 12:15