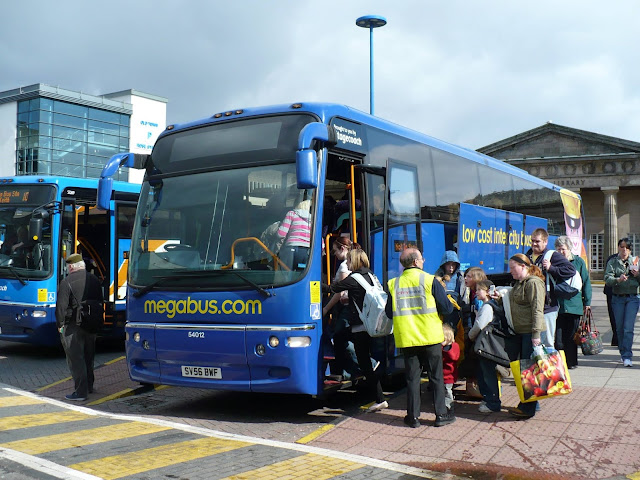 John says 'Re your picture of former Megabus 54012 (SV56 BWF), I travelled on that from Inverness to Glasgow in April 2008. I have attached a couple of pics from the occasion. The first shows loading at Inverness and an en route stop at, I think, Perth, with obliging driver posing.' 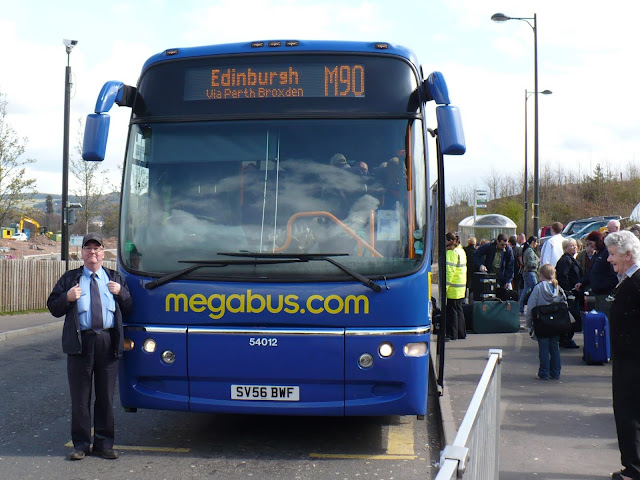 Roy
Posted by eastnorfolkbus at 19:45