Hard to believe its 15 years ago now but i thought i would share some images of the vehicles operating in the city back in August of 2005. 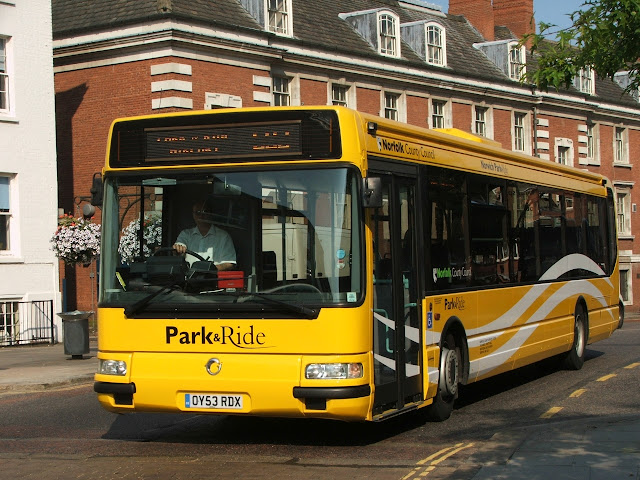 Brand New Agoralines were purchased for the Postwick service which was inherited from First. 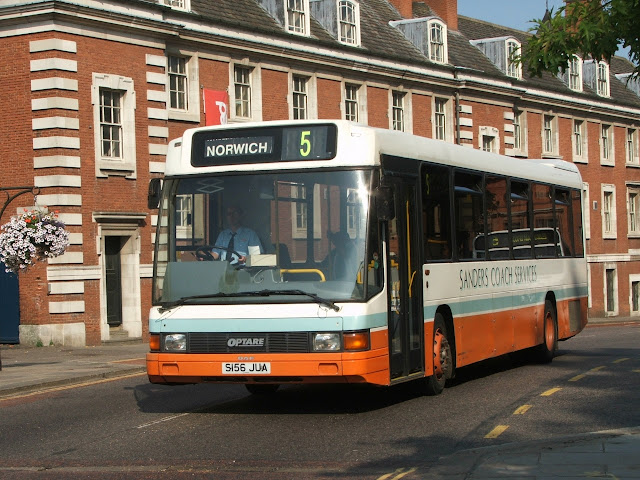 Common sights around the city working for Sanders were the DAF/Optare singles decks, S156JUA seen in Castle Meadow on the 5 service. 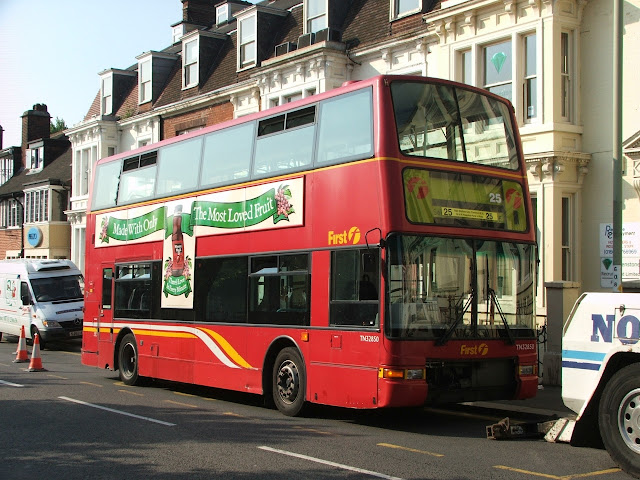 Eastern Counties had First London Trident 32850 T850LLC on loan for use on the 25 service, it is pictured above having failed opposite the Rail Station and was being recovered when i got the photograph. 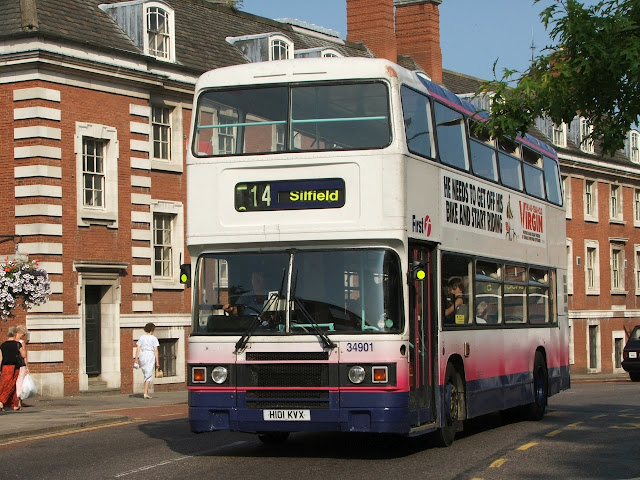 Former Thamesway Leyland Olympian 34901 H101KVX was an older member of the First fleet treated to the Barbie 2 livery as it was known, seen here in Castle Meadow on the 14 service. 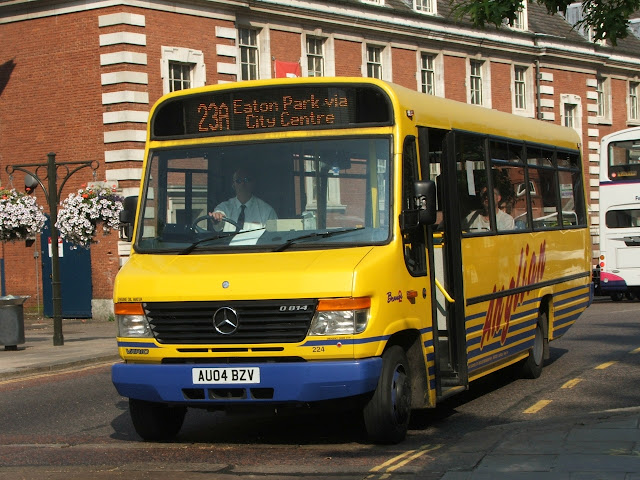 Finally we see Anglianbus Mercedes Benz Vario AU04BZV entering Castle Meadow on the 23A service this being one of many of the type at the height of Anglian's operations back in 2005.

Stay Safe Everyone, look out for some Lockdown vintage soon!