I received an email from Dennis Abbott on Monday evening about a yellow Bristol FLF parked in a layby on the eastbound carriageway of the A47 between the A140 and A146 junctions.

Dennis continues 'From the destination screen it had obviously operated in Scotland although whether it was a Scottish bus originally or a swap I don't know. It had black lettering along the waist rail but I didn't have time to read it. What intrigued me was that the rear dome appeared to have been removed or altered and looking in my rear view mirror there looked to be an open staircase going to the top deck in the style of a 1930s double decker' 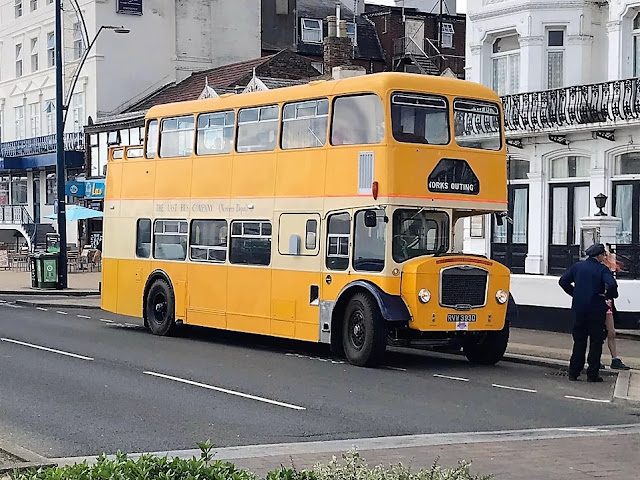 However, a few days later a couple of photos taken by Mick Wicks identified the vehicle as being on Great Yarmouth's Marine Parade. It was former Northern Scottish Bristol FLF NRD2 RVW393D which was new in 1966 to Eastern National as fleet number 2867. It later transferred to Midland (Alexander) becoming MRD197 before transferring to Northern in 1979. 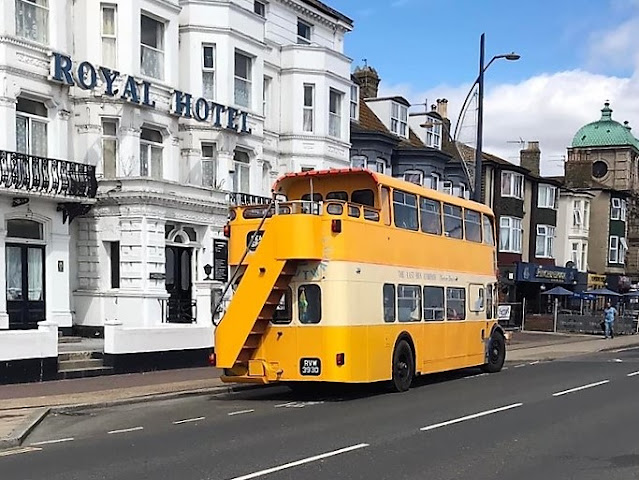 It was subsequently sold to Last Bus Cafe based in New Pitsligo in 1986 gaining an unusual "open top" modification to the staircase and is still the current owner..

My thanks to Mick for allowing me to use his photos and trust that Dennis' appeal for information  has now been satisfied!
Roy
Posted by eastnorfolkbus at 13:04