Stonham Barns, just east of Stowmarket, held its first bus and coach event on Sunday with some 25 vehicles in attendance. LiamS provides information and photos (too many to post !!) but here is a selection. 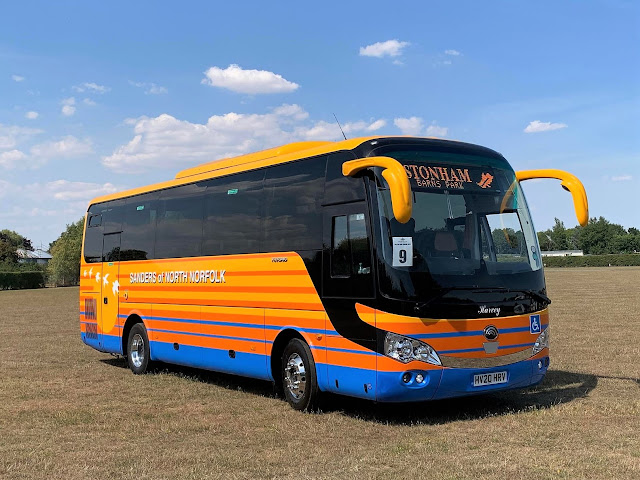 He was fortunate in travelling to the event in Sanders Coaches' Yutong TC9 number 003 HV20 HRV and was grateful for the air conditioning on such a warm day. 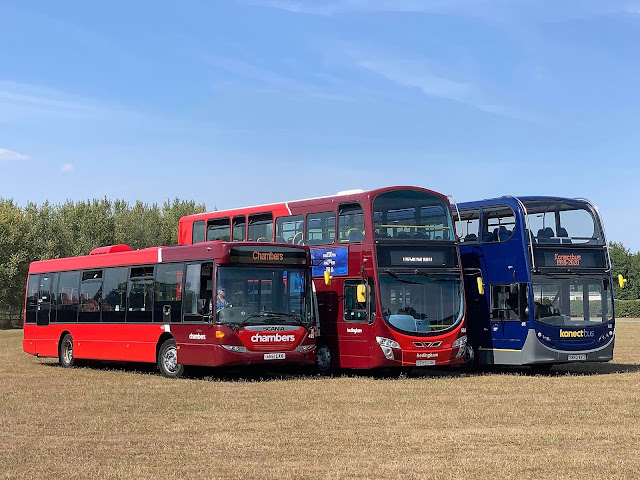 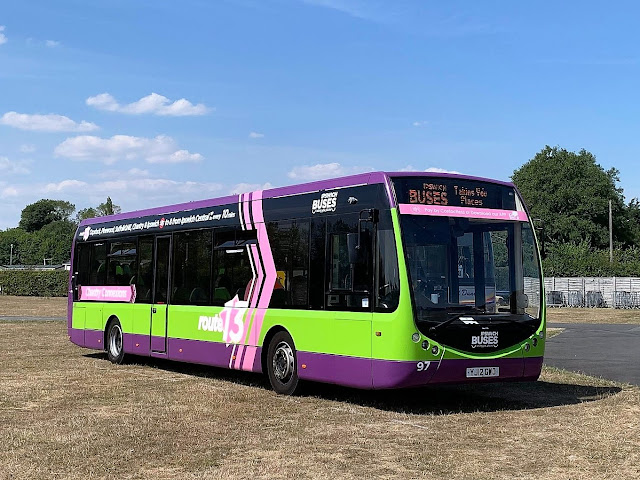 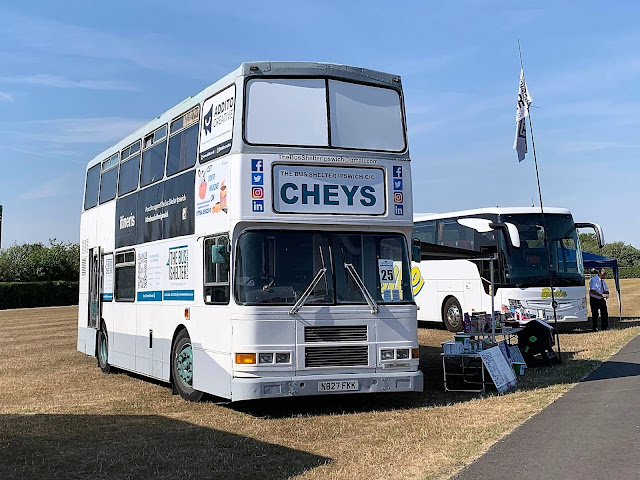 An interesting decker was N827 FKK now with The Bus Shelter of Ipswich. The Volvo Olympian, with an Alexander RH body, was new to Dublin Bus as 95-D-254 and had also seen use with Stephenson's of Essex and Galloways of Mendlesham. Getting in on the picture is Belle Coaches Mercedes-Benz Tourismo BU18 YPG 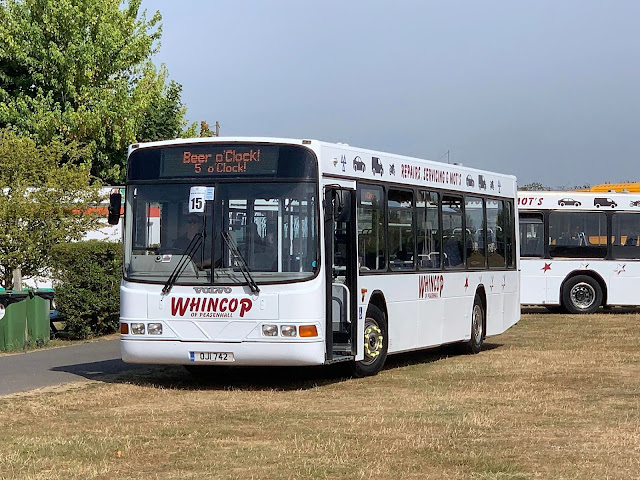 Another Suffolk operator, Whincop of Peasenhall, displayed both of their Volvo B10BLE Wright Renowns. Here’s T124 OAH, originally with Ambassador Travel and now registered as OJI 742. 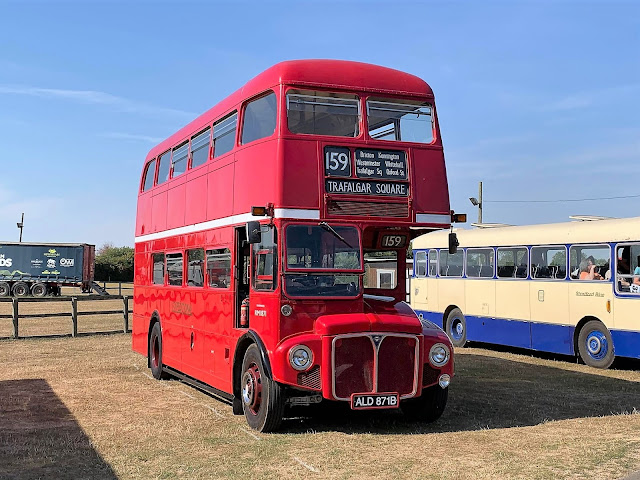 My thanks to Liam for the photos
Roy
Posted by eastnorfolkbus at 12:16