Andy Swan messaged me on Sunday evening to say he had spotted four yellow double deck buses at the Beccles premises of Border Buses on Moor Business Park. 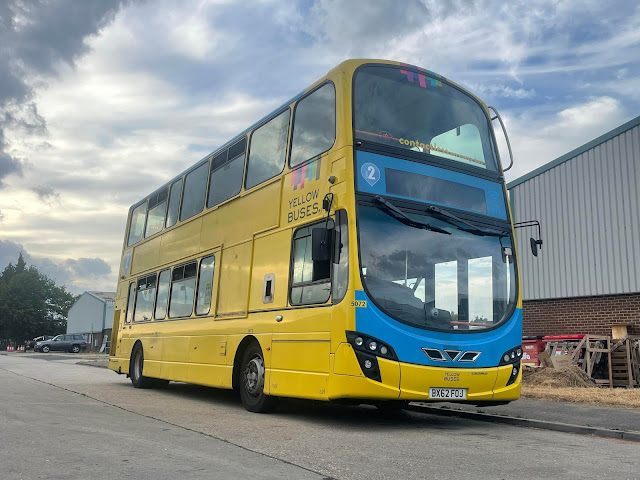 He was able to get a photo of two of the Wright Gemini 2 bodied Volvo B9TLs with all four originally with Yellow Buses of Bournemouth. You may remember the operator ceased trading earlier this month after administrators failed to find a buyer for the business. 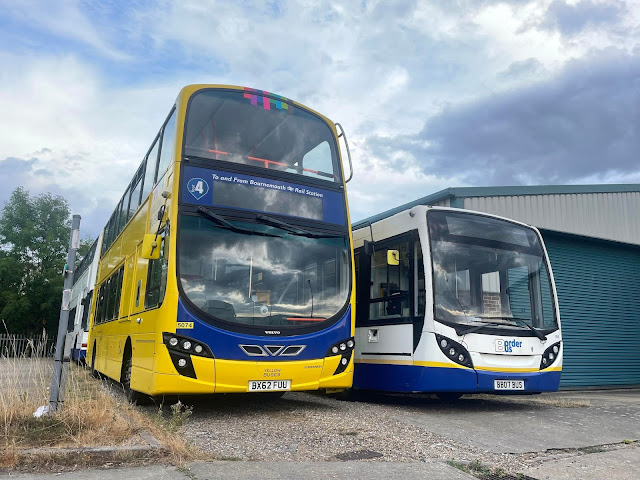 I am grateful to Andrew Pursey at Border Bus for details of the foursome which are BX62 FNV, BX62 FOJ, BX62 FUO and BX62 FUU which were numbered 5071-5074 in the Yellow Buses fleet. All four arrived on Friday following a 500 mile round trip by drivers.

He told me that the Suffolk operator had gained some extra school routes following the demise of neighbour Lamberts Coaches and it is hoped to repaint the Geminis for use on these and other services before September. However, he will have his work cut out as they all have short MOTs!
At the same time the four remaining Volvo B7TL/ Plaxton Presidents are nearing the end of their lives with two requiring engine replacement and Andrew is considering their future.
My thanks to Andrew for the update and to Andy for supplying the photos
Roy
Posted by eastnorfolkbus at 17:18