Apologies for the delay in bringing this report to you but its been a nightmare downloading, cropping and identifying all the vehicles in my 60 photographs. That's apart from the difficult task of selecting which ones to use!

There was around 70 entries this year and for the first time the organisers extended the road closure on West Parade to allow for increasing numbers attending now and in future years. 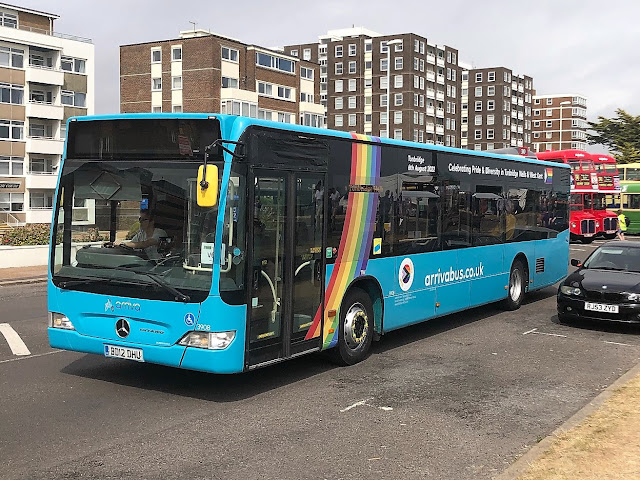 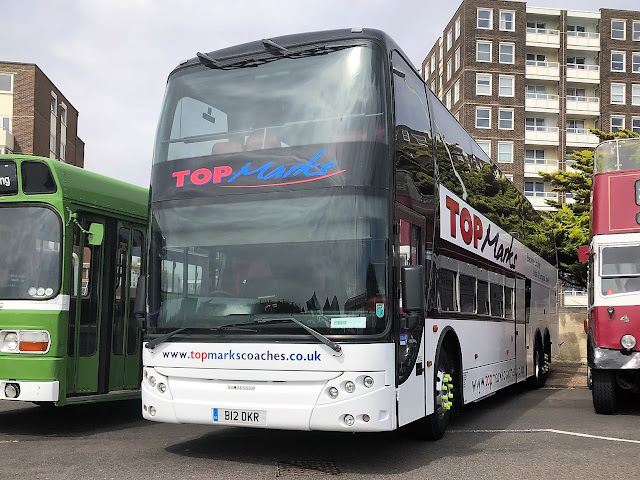 Next up is the impressive looking Top Marks Coaches B12 DKR, a VDL Berkhof bodied Volvo from 2007. 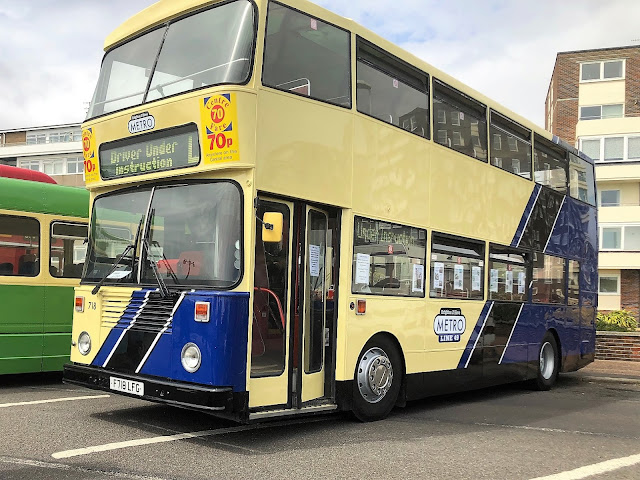 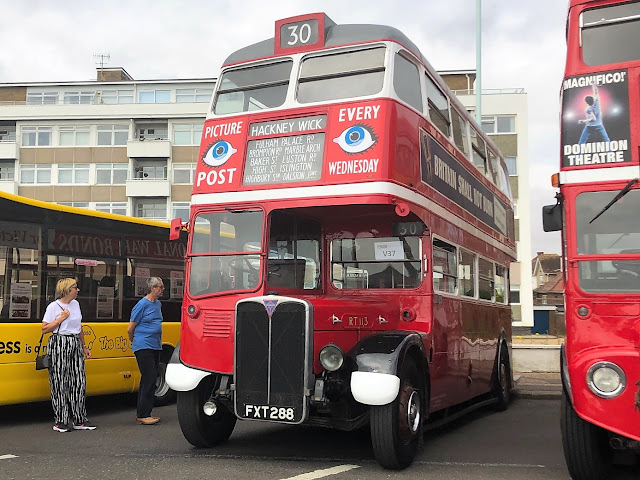 Ex London Transport vehicles were also well represented and this is RT113 FXT 288, a 1940 AEC Regent with LTPB bodywork. 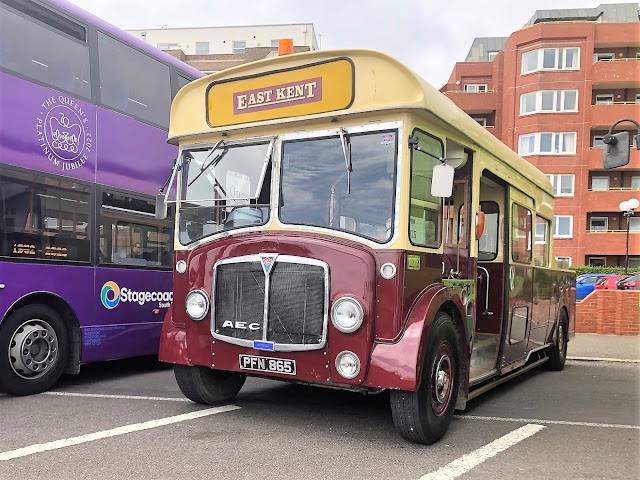 An interesting visitor was PFN 865, an AEC Regent V 2LD3RA recovery vehicle. New in 1959 as a double-deck bus with Park Royal bodywork, it was converted to a recovery vehicle by its original owner, East Kent, and is preserved in this form. 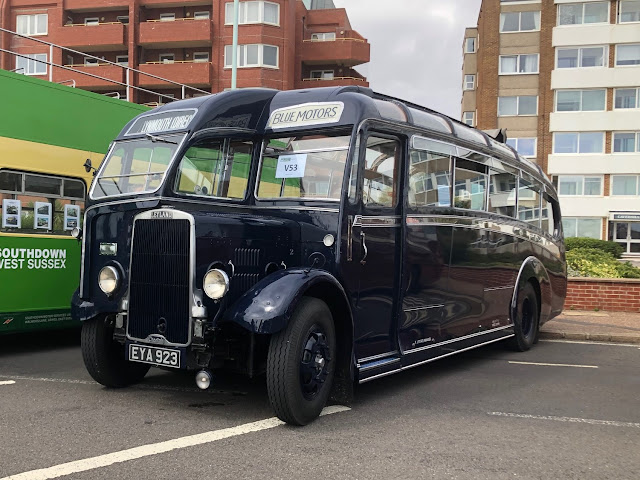 1939 Leyland Cheetah EYA 923 put in an appearance. Complete with a Harrington C31F body it was in the livery of Blue Motors of Minehead. 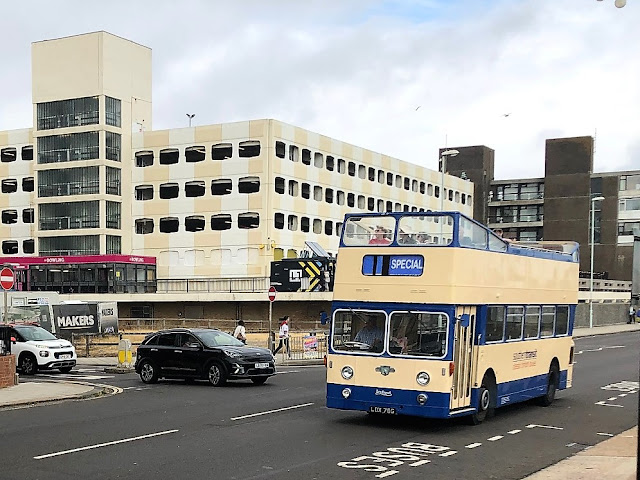 Our final photo is of Southern Transit's open top LDX 76G. Many of you will notice the Ipswich registration and the Leyland Atlantean PDR1/1 was new to the Suffolk town in November 1968. It is seen here providing trips along Marine Parade.
All the photos taken at the rally have been uploaded to an album on our Flickr site .
Roy
Posted by eastnorfolkbus at 13:00