Holt-based Sanders Coaches has taken delivery of ADL E400MMC demonstrator SK71 CKX for a short period. It is mainly being used on the 44/X44 Norwich to Sheringham/Cromer route for about a week 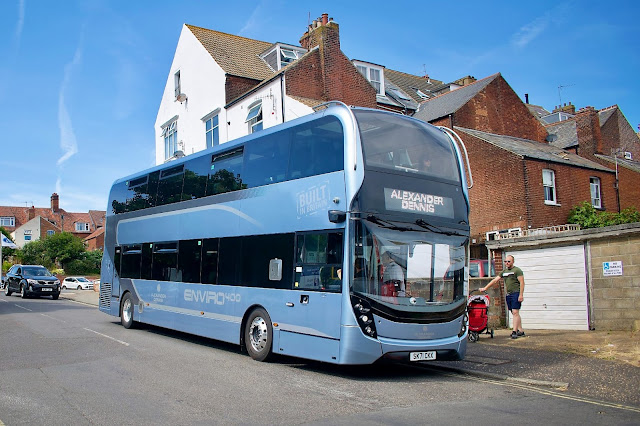 It's not the first time it has appeared in the Norfolk and Suffolk area having been employed by Lynx in January this year and a month later by BorderBus.

My thanks to Kieran Bhalerao for consent to use his photo

Roy
Posted by eastnorfolkbus at 11:43