A trip to Great Yarmouth on a cold sunny afternoon began with a ride on one of Anglian's 57 registered Scania deckers from Gorleston High Street. I sat on the bottom deck which was decorated with Christmas trimmings! 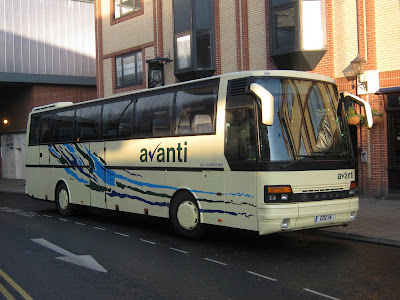 On arrival at Market Gates, I was met by what appeared to be an abandoned Setra oustside the Troll Cart public house. It was EDZ114 of  Norwich-based Avanti Coaches and minutes later I saw one of Chenery's coaches (NBU707) arrive with a fitter/driver (?) who immediately set to work on it. 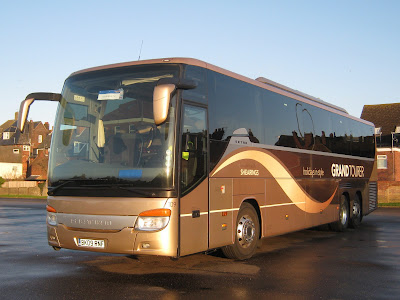 I then visited Beach Coach Station where Shearings Setra 109 (BK09RNF) was enjoying the wintry sun in  Grand Tourer livery!
Next a walk to the seafont and I passed two coaches outside the Raynscourt Hotel on Marine Parade; Abbey Travel of Hull's YIL3202 and A11WEY of Allways of  Isle of Sheppey, Kent. 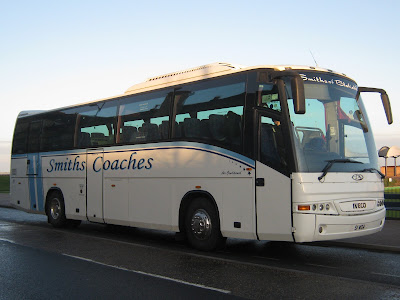 The coach layby near the Britannia Pier was occupied by Smith of Blofield's Setra S1WDA - thought to be on a schools trip to the Marina Centre. 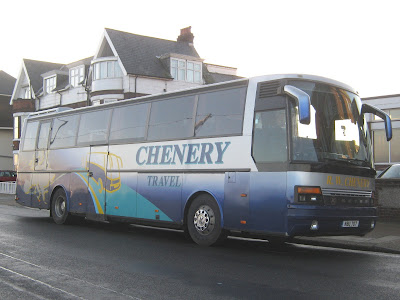 Looking northwards along North Drive I again saw Chenery's NBU707 in the far distance outside the Burlingham Hotel. Retracing my steps towards the Hollywood Cinema I was passed by another Shearings Volvo B12, this time it was 640 (MX03ACZ) 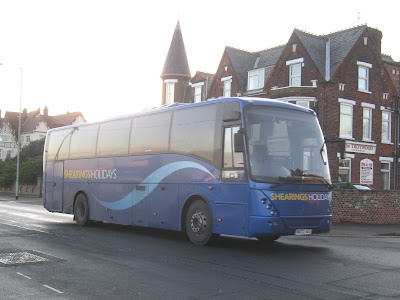 I then returned to Market Gates Bus Station for the journey home and saw First Eastern Counties Volvo B10/Plaxton Premier 20126 (P766XHS)  being readied for its next duty following contract work. 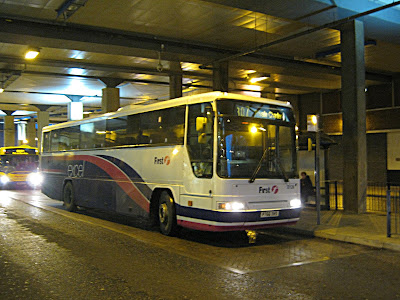