Unusually for a Monday afternoon, I took a trip into Great Yarmouth and found a number of visiting coaches present around the town.

At Beach Coach Station there was just the one solitary vehicle present and that was National Holidays Setra 163 (NH09PRH). She didn't stay long as when I passed two hours later she had gone! 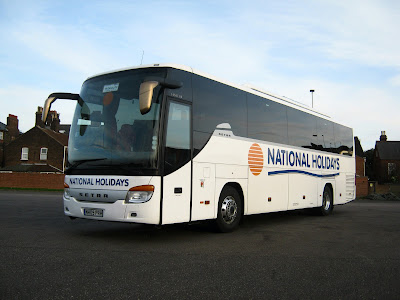 An hour later I noted two Simonds coaches in the coach layby near to Britannia Pier. At the front was Volvo B10M HIB644 (pictured below) whilst behind was Volvo B12B GM06GSM 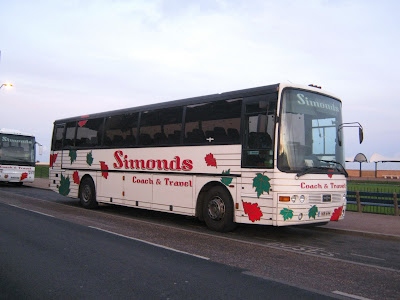 With the light fading I headed south along Marine Parade towards Wellington Pier. Outside the Carlton Hotel were two Shearings Setra coaches. One of them, 206 (BK10EJG), was languishing in the winter sun in the car parking area. 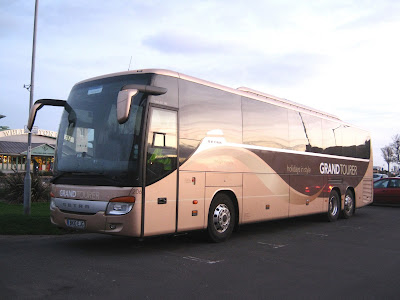 Meanwhile, 130 (BK09LUY) had just arrived at the hotel and its luggage was being removed when I photographed her. 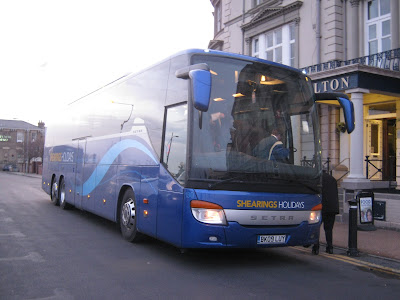